Mall distributes ‘Bears of Joy’ to kids at hospital 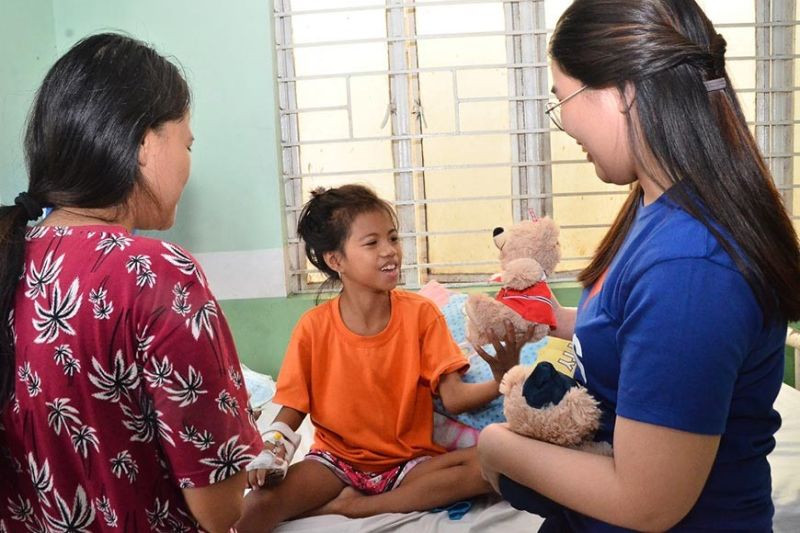 PAMPANGA. A volunteer from the SM Olongapo Downtown gives a “Bear of Joy” to a child at the James L. Gordon Memorial Hospital. (Contributed photo)

VOLUNTEERS from a shopping mall in Olongapo City recently distributed bear toys to children at a hospital in the Clark Freeport.

Other beneficiaries of the “SM Bears of Joy” include the Early Childhood Care and Development (ECCD) Center at the Olongapo City Hall and the Daycare Centers of Asinan, Pagasa and East Tapinac.

The distribution of bear toys is a yearly activity of all SM Supermalls in the country.

Every year, SM bear toys were given to chosen beneficiaries mostly those who are abandoned kids, and kids with special needs.

According to the shopping mall, “The act of giving kindles self-esteem and brings happiness. The best way to start a new year is to share something with someone in need.”