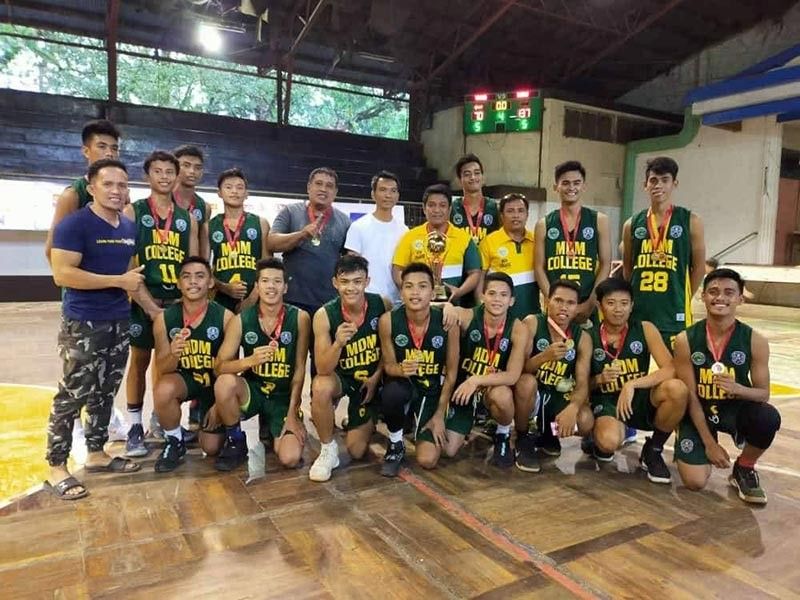 BACOLOD. MDM College in posterity after a convincing victory over Vito National High School of Sagay City over the weekend to capture the title of the recently concluded NBTC Silay-Sagay leg. (NBTC Silay-Sagay Photo)

However, Amante and Galo shot 8 points each as Joshua Delagao added 7 points as MDM surged to 40-20 run in the second quarter to post a 71-36 lead at the half.

MDM never looked back in the second half as they poured 34 points in the 3rd canto behind Sembrano's 10 points while Galo delivered 8 more points in the fourth period to seal the win.

Also scored double digits for the MDM College are Devierte, Delagao and Gary March Jore with 14 points each, and Kayeian Leonoras with 13 marker.

MDM College will advance to the NBTC provincial finals and will face Bacolod leg's champion Bacolod Tay Tung High School and the winner of the San Carlos City leg.