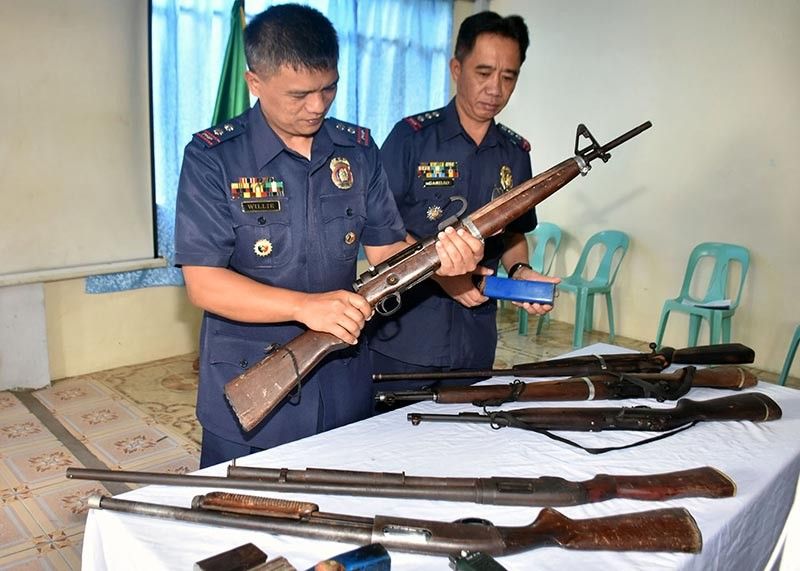 THE recent surrender of several communist terrorists groups (CTG) in the Cordillera region is a welcome sight in the peace keeping efforts of the police.

Police Brigadier General Israel Ephraim Dickson, Police Regional Office – Cordillera (PRO-COR) director, welcomed the increasing number of members of CTGs operating in the Cordillera that have decided to return to the folds of the law.

“We are happy because these are positive results of the Whole of Nation Approach of the Government because our national task force to end local armed conflict is really functioning really effectively and not only that, around 17 individuals surrendered in the Province of Abra when we were there last January 17,” Dickson said.

Eleven members of a CTG operating in Mountain Province earlier returned to the folds of the law following formal presentations proceedings by authorities at Camp Moness in Bontoc, Mountain Province.

“It was not only the police and armed forces who initiated this but whole of the nation like the local government unit of Sallapadan (Abra) and Mountain Province including the different municipalities in the region. So I believe that our brothers who have been misled now sees the seriousness of the government to address the causes on why they have reasons to go in the mountains,” Dickson stated.

E–Clip is a measure to ensure that surrendering communist rebels have a holistic package of benefits that they can avail of, such as livelihood assistance, medical assistance, education, housing, and legal assistance.

“We are currently waiting for additional surrenderers coming from CTGs because we believe that they now see the seriousness of government in its advocacy and efforts to bring them back to the folds of the law. Currently, those the benefits of those who earlier surrendered are being processed and evaluated for them to receive these specific benefits offered by the government,” Dickson added.