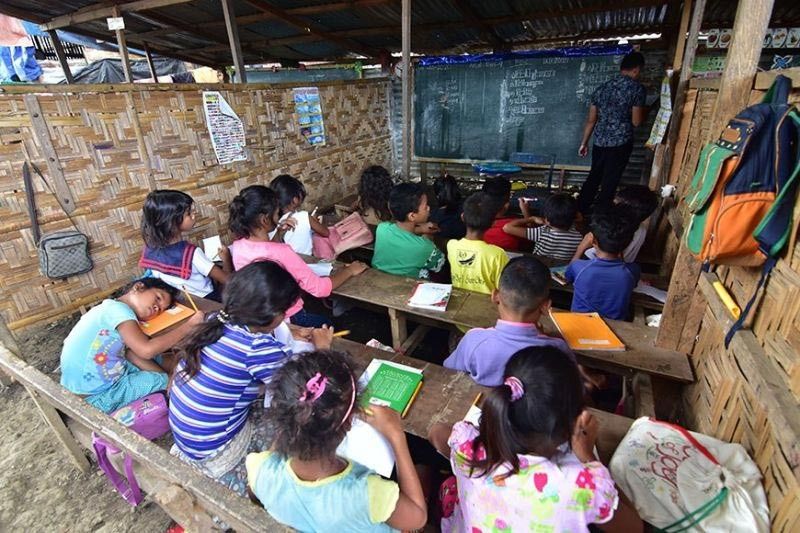 According to the resolution, the “security sector have recorded violations of Indigenous People’s (IPs) rights, child abuse, child trafficking, exploitation of the IPs for terroristic activities were committed inside the facility.”

UCCP houses some 125 families or about 400 IPs from Talaingod and Kapalong in Davao del Norte, Davao de Oro, and Arakan town, North Cotabato.

Gultiano added that based on the reports they received, the management of UCCP Haran is using the Lumad, disguising the temporary shelter as evacuation to raise funds and even teaching children subversive ideologies. The IPs inside were also used to conduct demonstrations against the government.

“We will also pose a challenge, kung wala silang tinatago (if they have nothing to hide) then they should open its door for investigation kasi meron pong nare-receive na (because we received) reports na our kababayan are being exploited and even used sa mga demonstration against the government,” Gultiano said.

PRO-Davao assured that they will assist in the investigation and filing of possible criminal charges against those behind the Haran.

Department of the Interior and Local Government (DILG)-Davao director Alex Roldan told the media that part of the basis for the closure is the questionable setting of the evacuation center which is not accessible for government agencies. Evacuees are supposed to be the responsibility of the state.

However, in Haran’s case, government workers could barely step inside the establishment.

It now raises concern on the system inside after they received reports that other evacuees want to go home but they were not allegedly allowed by the administrators.

“It is incumbent to the state to know what is happening inside. If the people inside - are they there [based on] their own free will or were they forced for other purposes. They didn’t even understand why they are there,” Roldan said.

At the end of the day, he said that it is the responsibility of the government to look after the welfare of the supposed evacuees but they were devoid of the access to deliver services inside Haran.

Roldan said if the administrators of Haran is sincere in providing safety sanctuary for the distressed Lumad, they should open the facility so that the Lumad can freely come in and out. The Lumad must be given the freedom to choose should they still want to stay or go.

“I believe that Davao City is willing to help and protect them. Wala pako kakita sa Davao nga gipasagdan ang evacuees. Kung naa man gani demonstration kita gani ang pinaka lenient (I haven’t heard that the city neglected the evacuees seeking for help. If there is even demonstration, we are the most lenient in dealing them),” Roldan said.

For his part, Public Safety and Security Command Center (PSSCC) head Angel Sumagyasay likewise said that if it is a real evacuation center, it should be transparent. The same with what happened to the evacuation following the earthquake and Taal volcanic eruption wherein all the evacuees were accounted for and are accessible to the government.

Philippine Army’s 10th Infantry Division (ID) Division Public Affairs Office (DPAO) officer-in-charge Captain Robert Escalona said the alleged military harassment, which was deemed to be the reason why the evacuees are in Haran, has been used over time which he said is not true.

“They are using these propaganda materials over and over again just to generate support. They are exploiting the Lumad. With regards sa Haran, the victims themselves have spoken,” Escalona said.

Escalona further challenged the administrators of Haran to open their facility so that the evacuees can freely go out.

“If they are sincere to help the IPs why not simply bring help in IP communities where IPs can freely exercise long-cherished culture and tradition. Why do they need to bring them to Davao City?” Escalona said.

Meanwhile, he said that 10th ID is open for collaboration with UCCP Haran since they both share the same goal in empowering the Lumad and address their plight.