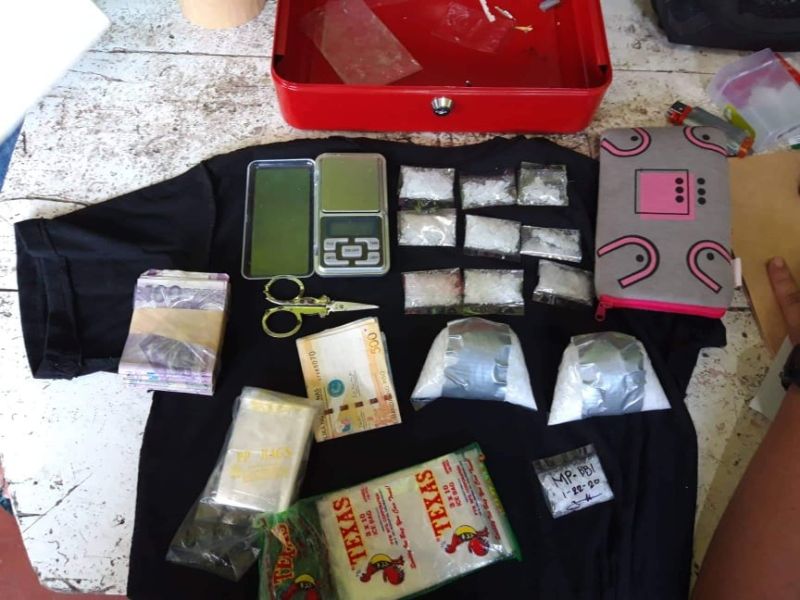 The five suspects who were arrested are members of the Michael Divinagracia Drug Group according to Colonel Romeo Baleros, director of the Negros Occidental Provincial Police Office.

The suspects were identified by the police as Maria Delmar Parohinog, 22 and her husband Jason Parohinog, 19; Johanna Lusabia, 20; Homark Orquia, 27; and Rommel Ferrer, 25, all residents of Barangay Mabulac, Silay City.

The suspects were arrested in an apartment they were renting in the said area.

The operation started in Silay City and after the Silay police operatives confirmed the address of the suspects, they coordinated with the Talisay City PNP for the drug bust.

Baleros said continued manhunt operation against Divinagracia has been going on and that they suspect that he has already escaped from the province.

The police director said they believe the drugs recovered during the drug bust are supplies intended for Cadiz City and Cauayan town that are celebrating their fiestas this week.

Pondevilla added that the suspects have been detained at the Silay City PNP detention cell and cases for violation of Republic Act 9165 will be filed today against the said suspects.