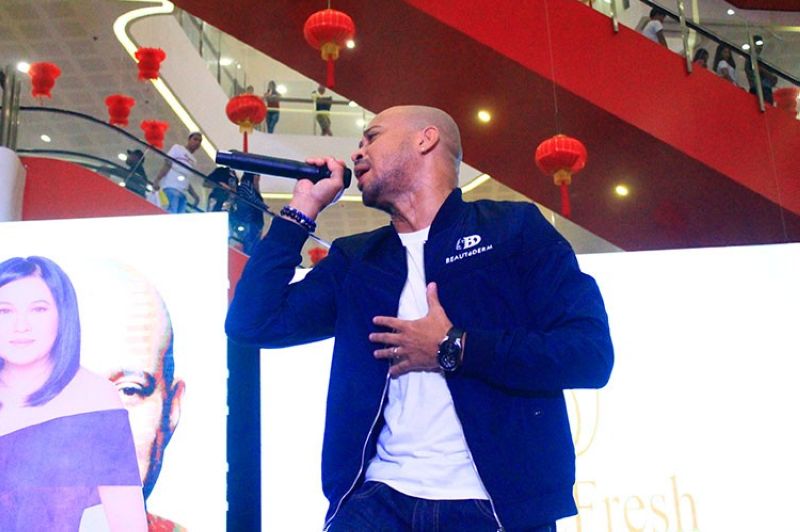 The female fans, in particular, went wild as they were serenaded by Arjo, Ryle, Alex and Luke.

Female celebrities Lorna, Jane and Ria, also struck the hearts of their male and female fans as they sang OPM and internationally-known songs.

Lorna Tolentino, Jane Oineza, Arjo Atayde, Ria Atayde, Hashtag Ryle, Alex Castro and Luke Mejares were in the city as part of the grand launching of Beautefresh by Beautederm and the opening of its store at SM CDO Downtown Premier.

The seven are all ambassadors of the said brand owned by Mae Kimberly Tan and Rhea Tan.

Beautederm products were also distributed to some of the audiences during the artists' performance and after the program.