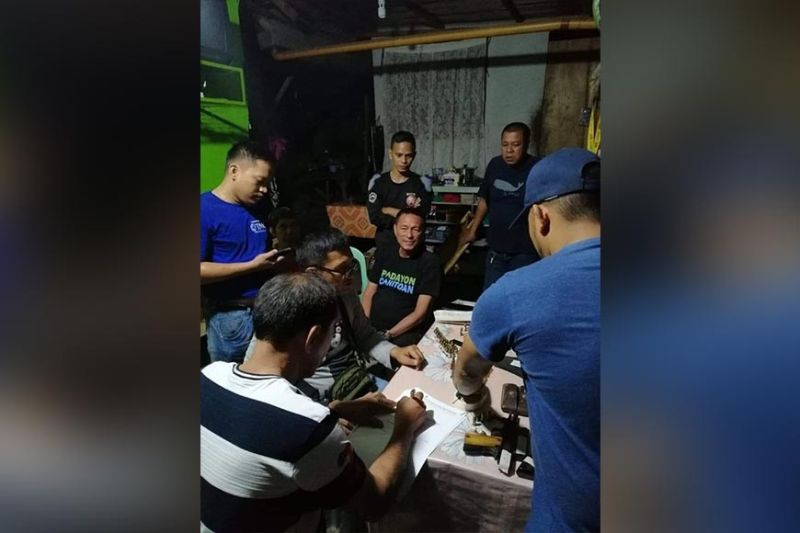 CAGAYAN DE ORO. Cruz Lustre, a councilor of Barangay Canitoan, Cagayan de Oro City, was arrested in an operation Thursday, January 23, 2020. Seized from him were firearms and ammunition. (PRO-Northern Mindanao)

A VILLAGE councilor was arrested for illegal possession of firearms and explosives on Thursday's (January 23) raid in Barangay Canitoan, Cagayan de Oro City.

Combined forces of the Regional Special Operations Unit (RSOU) and Police Station 7 trooped to the house of Cruz Lustre to serve the search warrant issued by a local court early this week.

Seized from Lustre's possession were two rifle grenades, a caliber .45 pistol, several ammunition, a caliber .35 revolver and 22 pieces of live ammunition of M16.

Police said the filing of search warrant stemmed from several complaints of residents who were alleged victims of threats.

The operation was witnessed by the suspect's fellow village officials.

The seized items were brought to the RSOU for disposition.

The suspect is now detained and will likely face illegal possession of firearms and explosives charges.

The Northern Mindanao police lauded the community for the information they tipped police that resulted in the successful operation.