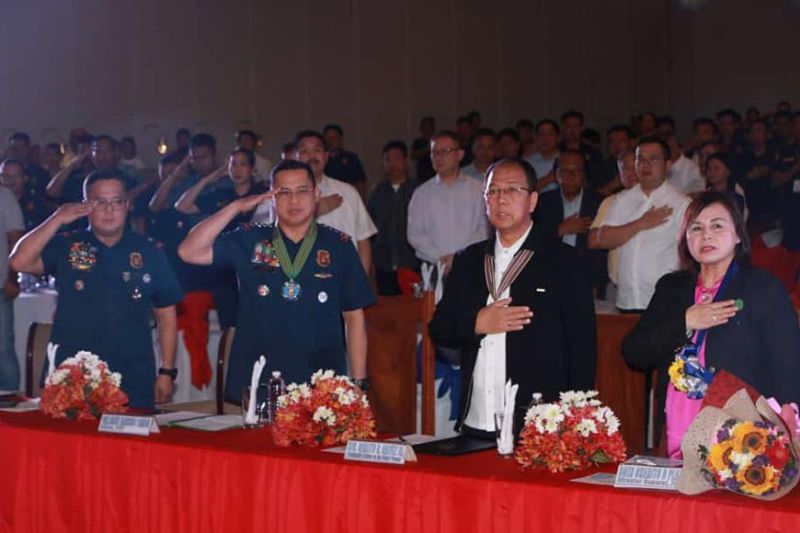 CITY OF SAN FERNANDO -- In a bid to continue pitching for a more intense community engagement against insurgency, the Police Regional Office (PRO)-Central Luzon on Wednesday, January 22, launched a new program protecting businesses from violent uprising.

Sermonia said Jipco will serve as the first line of defense from radical labor infiltration of the labor force and the industrial zones, which is essentially in support of Elcac.

With its slogan “Together, we drive the force of our country’s global competitiveness and foreign preference as an investment destination,” Sermonia said the program was created for purposes of protecting both labor welfare, labor rights, and productive industry gains, without sacrificing industrial peace.

He added that it will also be considered as a law enforcement mechanism to address industrial crimes like pilferage, hijacking, and technical smuggling.

“Central Luzon remains a major flashpoint for communist insurgency and in the white area operation. Your police will take advantage of the potentials of community engagement to prevent industries from being infiltrated by communist agitators,” he said.

He added that the implementation of Jipco in the different economic zones from across the region where industries are reportedly prevalent and labor unions are many, the morale and welfare of the labor sector is expected to be promoted and at the same time industries will be prevented from being infiltrated by communist agitators.

One of the highlights of the program is the Signing of the implementing rules and regulations of the Jipco which will strengthen the primary partnership mechanism for tripartism -- a convergence among the government, industry, investment and workers. (With Ric Sapnu)