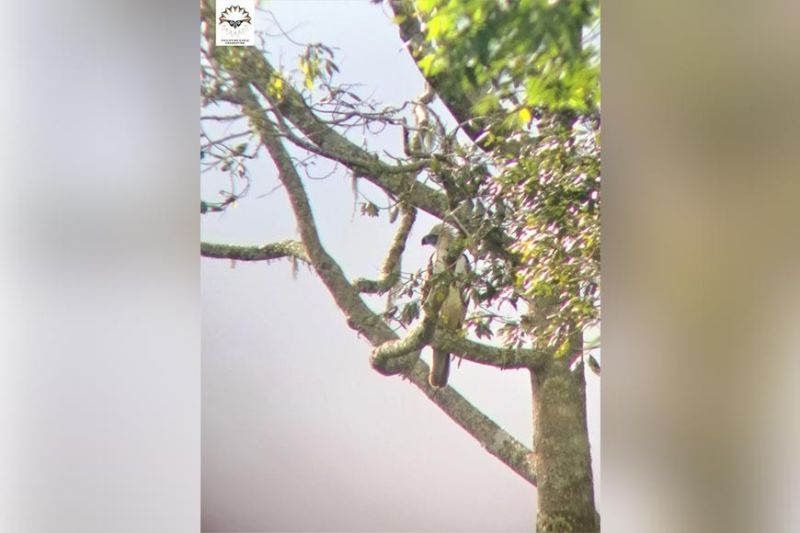 Photo by the Philippine Eagle Foundation

A CRITICALLY endangered juvenile Philippine eagle was spotted in the forest of Mount Apo earlier this January.

The news was shared on Wednesday evening, January 22, by the Philippine Eagle Foundation (PEF), a non-government organization pushing for the protection and conservation of Philippine eagles in the country.

Alongside the post was the majestic picture of the Philippine eagle that seemed to be scanning with pride the wilderness while resting on the branch of a tree.

"Great news! Another juvenile Philippine eagle was discovered recently in the forests of Mt. Apo! The eagle, estimated to be around a year old, was found, thanks to the efforts of our hardworking forest guards," the PEF's post read.

In a brief chat with PEF, the juvenile Philippine eagle was first found by the forest guards on January 8. After receiving the report, their biologists went to the area on January 15 to verify and take photos of the eagle.

In February 2019, the PEF announced the discovery of a new nesting territory in the highlands of Bukidnon. After a two-week expedition to confirm local reports, a 10- to 11-month-old eaglet and its parent were verified.

The world's largest bird of prey was considered endangered species in 1965 and was later classified "critically endangered" by the International Union for the Conservation of Nature.

There is an imminent threat looming for the Philippine eagles because of human-inflicted danger.

It can be recalled that in 2015, Philippine eagle "Pamana" was shot inside the Mt. Hamiguitan Range in San Isidro town, Davao Oriental. The necropsy result showed that the eagle could have suffered from "gunshot wound leading to possible trauma" after a 5-mm puncture wound was found in her right chest.

Mindanao is considered to be the best home for eagles since the island is deemed to be typhoon-free, allowing the eagles to survive.

Meanwhile, the foundation is asking the support of the public to help save the lives of the eagle through its donation platform on its website or its official bank account: Philippine Eagle Conservation Program Foundation Inc. BPI #9441-0113-31.