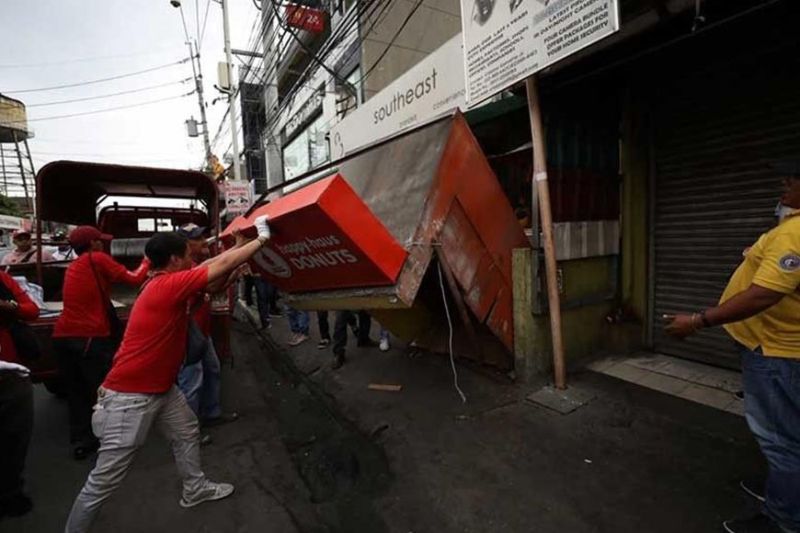 THE Department of the Interior and Local Government (DILG)-Davao said a local official in Davao Region is facing an administrative charge for non-compliance with President Rodrigo Duterte's road clearing order.

Earlier, DILG Secretary Eduardo Año said they filed gross neglect of duty and grave misconduct cases with the Office of the Ombudsman against Mayor Alicia Mori of Caraga, Davao Oriental, for failure to clear the roads in her jurisdiction under the DILG Memorandum Circular 2019-121, directing local chief executives to use all their powers under the law to reclaim public roads being used for private ends.

Mori was among the 10 mayors who failed to implement the memorandum.

The DILG said that more officials will be added to the list to show that it is serious in its initial warning.

On Wednesday, January 22, DILG-Davao Regional Director Alex Roldan said the case has already reached the Office of the Ombudsman and Mori is the only official in the region for the first batch of those facing charges in connection to Duterte's road clearing order.

Roldan said on January 10, they have required all local government units to submit their accomplishment and commitment report following the first evaluation last December. He was elated that all municipalities in the region got 75 to 100 percent accomplishment in their road clearing.

Those municipalities affected by the recent earthquakes were given an extension. They will be exempted from the validation considering the degree of damage that the strong tremors had done to their municipalities.

"One good thing [about this memorandum], ang atong [our] local government units started to realize their responsibility sa ilahang [in their] jurisdiction. Kaniadto mahadlok sila nga manghilabot: Mga botante baya ni basin birahan ko sa sunod election. That is always their fear [They were afraid to implement the order because of fear that they will lose votes in the next election]," Roldan said.

Since the President ordered the enforcement of road clearing himself, the officials could tell their constituents that the order does not come from them but from Duterte.

Roldan said what they want to happen is for the local government units to pass an ordinance on the utilization of sidewalks and relocation of the affected individuals.

Within this month or early February, a team from other areas will be coming to Davao to validate the accomplishments of the local government units on their road clearing program to ensure that public thoroughfares are already cleared.