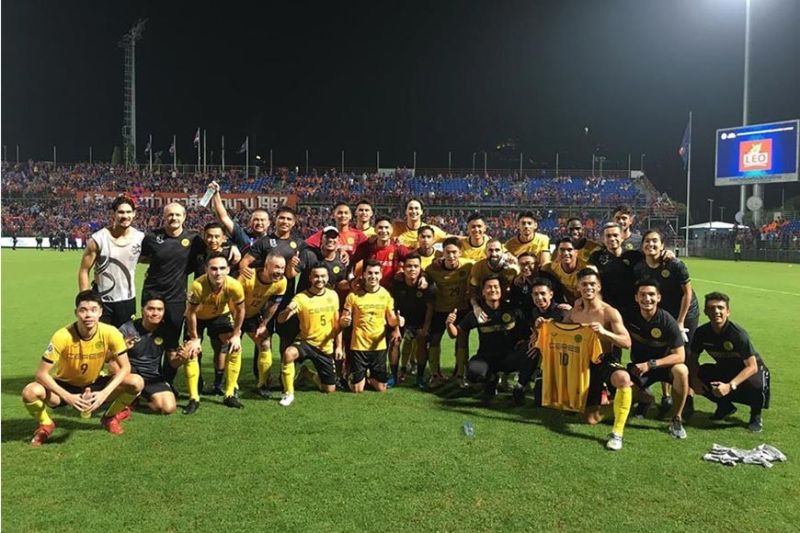 CERES Negros FC advances to the next stage of the AFC Champions League for the 2nd time following their stunning 1-nil victory against Port FC last Tuesday before the 6,000 crowds at PAT Stadium in Bangkok for the league’s second preliminary round.

Busmen skipper Stephan Schrock made the difference with a stunning goal in the 51st minute off a free kick near the right corner which Port FC keeper, unfortunately, parred the ball towards the goal.

The win likewise arranged the Philippine champions on a face-off against one of Japan’s powerhouse teams - FC Tokyo for the play-off round on January 28.

It was recalled that in 2018, Ceres FC advanced to the ACL play-off round after a 3-2 win over Brisbane Roars of Australia but, unfortunately, lost to Tianjin Quanjian of China, 2-nil during the play-off round.

For club administrator Nicolas Golez, the win was another hard-earned milestone for the club. “We dedicate this victory to the owner [Leo Rey Yanson] whose vision, unrelenting drive and incredible passion to succeed have pushed the club to this amazing achievement,” he said.

Golez further stressed that credit goes out to the players, coaching staff, and those working behind the scenes for their sacrifices and professionalism. “We move on to the next challenge,” he said.