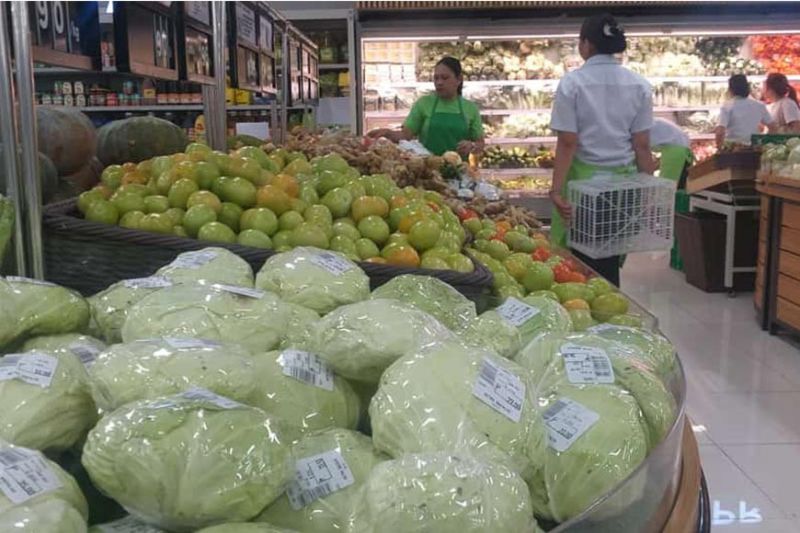 BACOLOD. The Philippine Statistic Authority notes a lower average inflation in Negros Occidental for the whole of last year, an indication that the province’s economy remains viable. (Photo by Erwin P. Nicavera)

FROM seven percent in 2018, the average inflation rate in Negros Occidental last year has settled at 3.7 percent, the Philippine Statistics Authority (PSA) noted.

Luis Gonzales, provincial statistical officer of PSA-Negros Occidental, said a decrease of almost half in the inflation rate is an indication that the province’s economy remains viable.

Citing the livestock and poultry industry, for instance, Gonzales said Negros Occidental was not affected by the African Swine Fever (ASF) that hit some areas in Luzon.

“Having a strong agriculture sector, including livestock and poultry, is an advantage for the province,” he said, pointing that Negros Occidental was also spared from major calamities and disasters last year.

The PSA official also said “though we have experienced prolonged dry season last year, the impact was not that huge compared to other provinces in the country.”

An indicator of economic well-being, inflation is the sustained increase in the general price level of goods and services in an economy over a period of time.

Data obtained by SunStar Bacolod from PSA-Negros Occidental showed that the province’s lowest inflation for 2019 was in November, at 1.7 percent.

It was followed by 1.9 percent in October and 2.1 percent in December.

In the last two months of 2019, there was also an upward movement in inflation among food and non-alcoholic beverages, furnishing, household equipment and routine maintenance, and health.

Gonzales said the higher demand on food products, especially Noche Buena items including bread, pasta and other bakery products, during holiday season has contributed to higher inflation in the province.

But for the rest of the commodity groups like alcoholic beverages and tobacco; clothing and footwear; communication; recreation and culture; education; and restaurant and miscellaneous goods and services, the inflation remains steady or lower.

Gonzales said the government has been looking for measures on how to lower the country’s inflation rate.

“Negros Occidental, so far, is still better in terms of inflation compared to other provinces,” he said, adding that the government remains optimistic to sustain the decreasing inflation rate trend amid recent calamities and disasters like the Taal Volcano eruption that could possibly impact negatively the country’s economy.