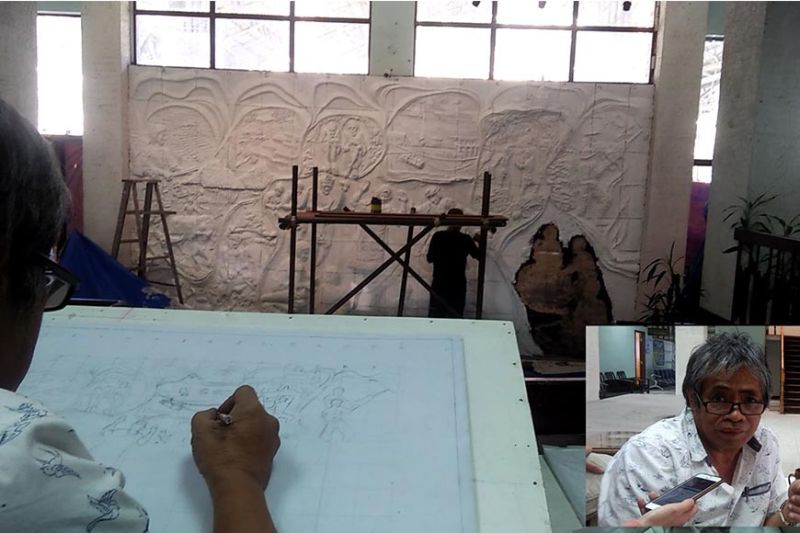 THE large mural nestled inside Beguet’s capitol will be up for a makeover.

Artist Dominador Carantes said the mural’s makeover will become glossy and multi-colored with a team to further update its design.

“After how many years, we received various comments. From there, we saw the need for the mural to undergo revision. We were given two months, the update version will entail a lot of work,” he added.

Starting mid-week of January, the artists started to work on the project that has estimated P500,000 fund.

Carantes added the mural will still have the traditions of the province.

Benguet Governor Melchor Diclas said the revision of the mural was decided in the past administration under the watch of then former Governor Crescencio Pacalso.

“We are continuing the work of the past administration. The planned revision aim to fix details in the mural improved including the color that will be made by the same artist,” he added.