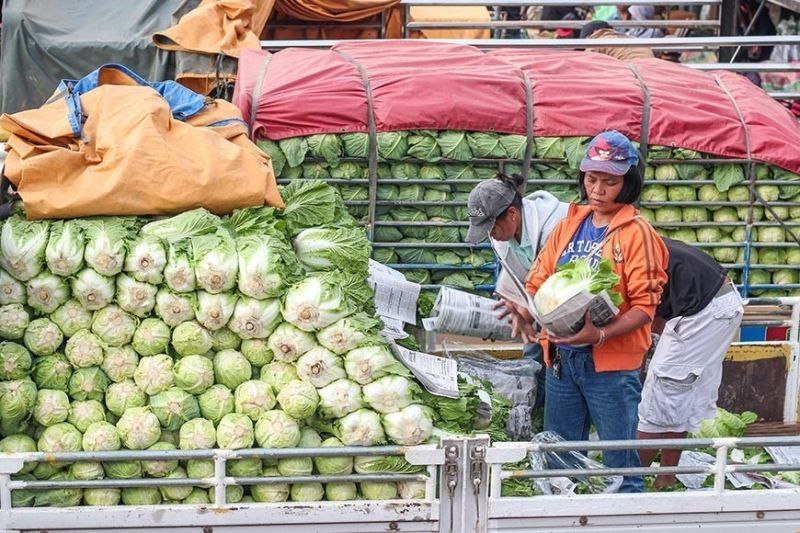 BENGUET. With the over production of vegetables, traders and farmers in Benguet are seeking the help of Baguio City mayor Benjamin Magalong to sell their produce every Sunday at Session Road. (Jean Nicole Cortes)

MORE “bagsakan” centers in the Philippines are being eyed in a bid to aid Benguet farmers to sell their produce and address oversupply.

Governor Melchor Diclas said the province is currently in dialogue with Agriculture Secretary William Dar for the construction of more vegetable trading centers all over the country.

The Benguet official remains bullish that the agriculture department will conduct a study on the establishment of additional facilities located outside and near Manila and Bulacan to have other markets for highland vegetables.

Aside from bagsakan centers, he added that they are also coordinating with Benguet State University to spearhead post-processing centers to processed fruits and vegetables for juices and products for highly perishable vegetables.

Benguet, particularly in La Trinidad is home to La Trinidad Vegetable Trading Post and Benguet Agri-Pinoy Trading Center that delivers vegetables to key markets in Manila such as Divisoria and Balintawak and other areas in the country like Tarlac, Palawan, Pangasinan, Cebu, and Iloilo.

Balanoy and Rudy Bulawan, traders and truckers association grievance committee chair added bulk of the produce at trading post are being delivered to Divisoria.

Sylvia Ediong of La Trinidad Vegetable Trading Post acknowledged opening of more bagsakan center will give them more market all over the country.

The La Trinidad Vegetable Trading Post, one of the biggest marketing and distribution facility of highland vegetables was constructed 36 years ago as a hub for vegetable trading.

Among the vegetable producing towns in the province, Buguias remains top producer followed by Mankayan, Kibungan, Kabayan and Bakun while nearby Mountain Province is also producing vegetables.

At the BAPTC, P200 million worth of vegetables were already sold since 2015.