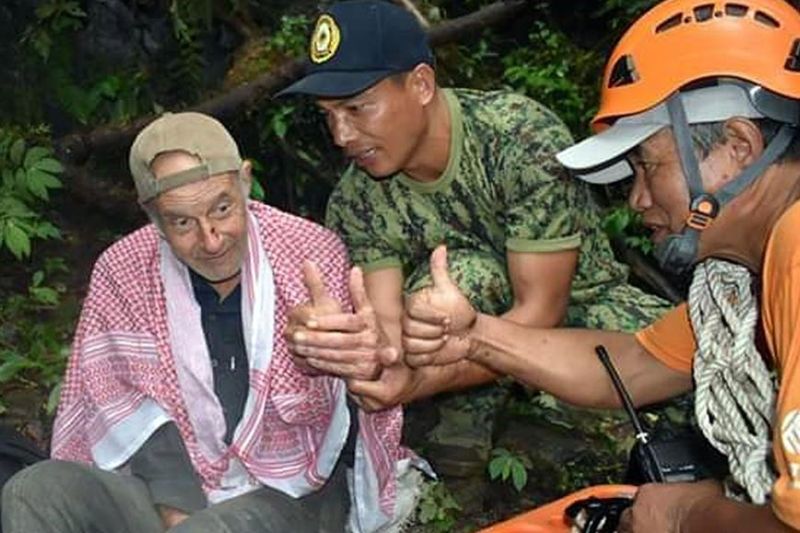 A 70-YEAR–OLD Frenchman who went missing in Barlig, Mountain Province was finally found after seven days.

On January 22, the office of Barlig town Mayor Clark Ngaya reported Jacques Francioly was found 3 p.m. by Shadrack Cablog, a tourist guide who joined the search and rescue operation found the missing foreigner at a ravine at Sitio Sikling, Barangay Latang.

The team immediately transported the Frenchman to the Barlig District Hospital and has been transferred to the Luis Hora Memorial Regional Hospital in Abatan, Bauko, Mountain Province for further medication.

Francioly has been reported missing since January 14.

According to the accounts of Barlig MPS, on January 21 around 9:45 p.m., Edelwina Pakurao Manonggit, manager of Halfway Inn and Restaurant located at Gawana appeared to the Barlig MPS and reported that on January 13, Jacques, checked in at Halfway.

On January 14, around 8:30 a.m., Jacques left informing restaurant staff Juliet Chongael that he will go for sight-seeing within the municipality.

The Frenchman also told Chongael that he will be paying his bills, meals and lodging in a onetime payment. However, up to the date of reporting, they noticed Jacques has not come back to his room. Further, Manonggit stated that when they peeped into the window, which was open, they noticed a charger still plugged in and some of his personal belongings still inside.

Barlig tourism officer Janssen Focad revealed that on the night of January 13, his husband, Ralph, one of the tourist guides together with some others had been talking to Jacques asking if he will go for hiking so that they will be his guide.

The French tourists told them that he cannot go as he will be going to the nearby municipality of Natonin.