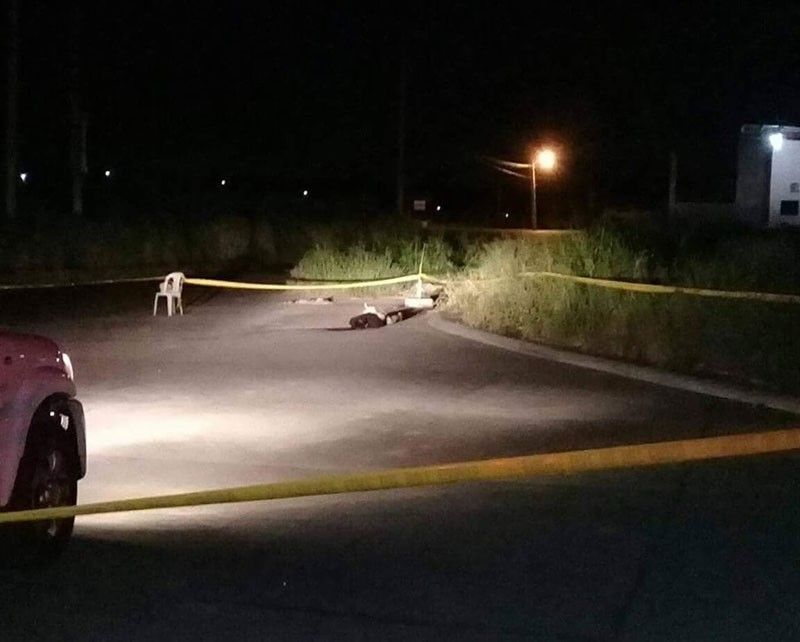 Police Major Carmelo Nermal, chief of Police Station 7, said Tutop was found by the security guard in a grassy area near the entrance of the subdivision around 1 a.m.

The victim’s hands were hogtied with packing tape and he was positively identified by his common-law partner around 8 a.m.

Tutop, a former detainee from the Bureau of Jail Management and Penology (BJMP) for violation of illegal drugs, sustained gunshot wounds on his head.

Nermal said according to the security guard that prior to the incident, he heard four gunshots outside the subdivision and a sedan vehicle immediately fled.

“There’s a possibility that the victim was executed in the area with more than two suspects,” he said.

Investigation showed at about 5:30 p.m. on Wednesday, Tutop was standing along Purok Cereza when four unidentified armed men wearing bonnets forcibly abducted him using a color grey pick up vehicle.

He said Tutop was freed in October 2019 from jail after availing of a plea bargaining agreement.

“We are looking into the victim’s involvement in illegal drugs as possible motives in the killing because we also recovered two sachets of ‘shabu’ (methamphetamine hydrochloride) inside his pants,” he added.

Nermal said they will coordinate with the business establishment in the area to check the closed-circuit television (CCTV) camera.

He said they are conducting a thorough investigation with the investigators of Police Station 2.

In December last year, a 66-year-old businessman was also abducted and later found dead at a grassy area in Barangay Mandalagan. The police have yet to identify the perpetrators.