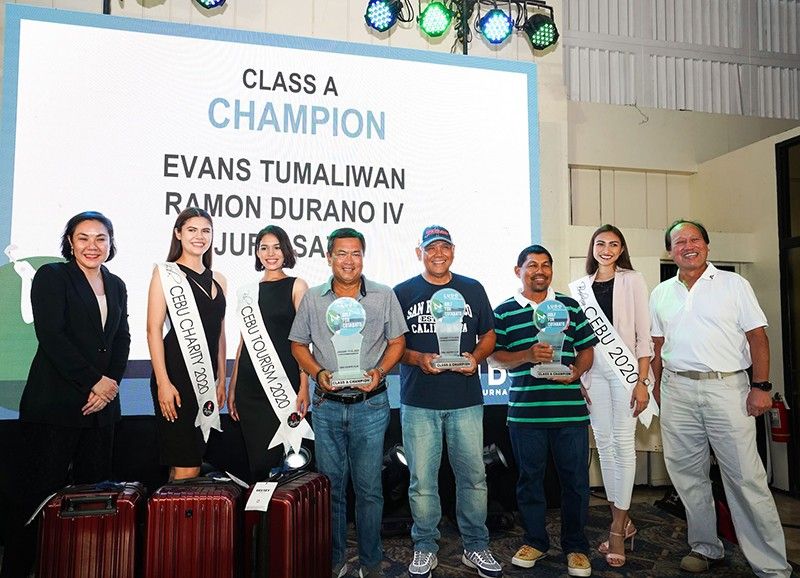 The LUDO Golf Tournament that was held last January 17 at the Cebu Country Club golf course managed to raise a whopping P6 million for the benefit of the earthquake victims in Cotabato.

The tournament attracted 257 golfers from all over the country for two days of camaraderie and sportsmanship. In the end, several teams were declared champions in their respective divisions.

The troika of Dr. Jose Flordelis, Ben Dapat, and General Jack Jacaban captured the Overall Lowest Net title with the lowest gross of 47. The team composed of Evans Tumaliwan, Ramon Durano IV, and Jufil Sato claimed the Division A crown after tallying a net of 52.

The Division B title went the way of the team of Santiago Antonio Go, Tining Martines, and Mark Anthony Dy after it fired in a net of 48. The Division C championship was earned by the team of Antonio Wee Jr., Ven Lacustales, and Dr. Arnold Tan which garnered a net score of 48.

“We extend our congratulations and gratitude to the winners and participants of this year’s LUDO Golf Tournament. The spirit of sportsmanship was made even more meaningful with the Php 6 million we raised for the benefit of the province of Cotabato,” said Douglas LuYm, Founder and Chief Organizer of LUDO Golf Tournament.

“LUDO Golf Tournament is proud to promote Cebu as a premier sports destination in the region and we remain committed to continuing this legacy of organizing sporting events for a cause in honor of my father Cayetano LuDo.”

The advocacy-driven LUDO Golf Tournament raised P5 million in 2019 for Naga and P7 million in the year prior for Marawi. Donations are made directly to families of those affected.

The tournament also supported local entrepreneurs in Cebu by sourcing handloom towels from Cebu Technological University made of hablon from Argao and backpacks from a small scale business in Lapu-Lapu City as giveaways.

At the awarding ceremony, over 50 raffle prizes were given away with Leo Saberon driving home the grand prize, a brand-new Toyota Rush.