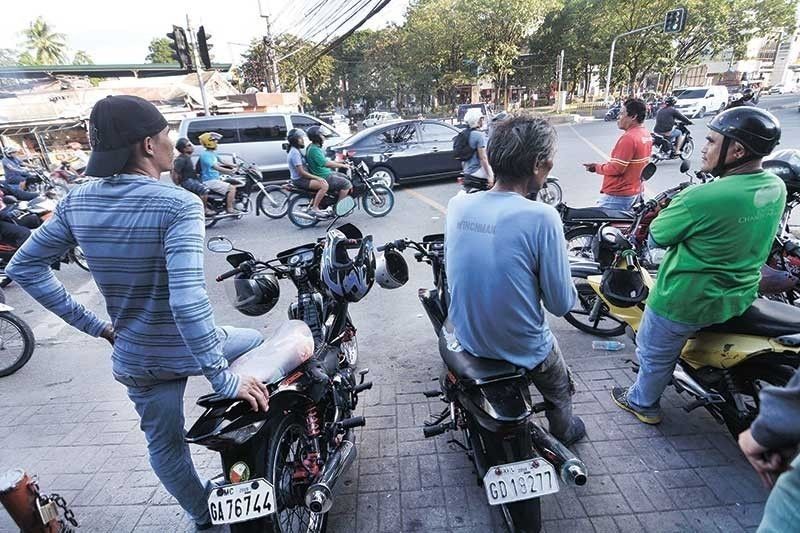 MOTORCYCLE taxi drivers should be allowed to choose the platform through which they will offer their services in the same way that passengers can choose among different ride-hailing apps, antitrust watchdog Philippine Competition Commission (PCC) said on Friday, January 24.

The commission, in a statement, encouraged the Motorcycle Taxi Technical Working Group (TWG) to consider a multi-homing policy in its study to promote healthy market competition and ensure consumer welfare protection.

"Whether in the experimental phase or once the law on MCs will be passed, competition must be recognized as an essential element in stakeholders’ operations that bear impact on the riding public," the commission said.

Preventing multi-homing among drivers may lead to inefficiencies that will ultimately be detrimental to the riding public, the antitrust watchdog warned.

Under a multi-homing policy, motorcycle drivers will be allowed to choose their platform.

There are currently three motorcycle taxi services providers that are participating in an extended study on the viability and safety of motorcycles as a mode of public transportation namely, Angkas, JoyRide and Move It.

The commission said a multi-homing policy incentivizes platforms that continuously innovate and compete to keep both drivers and passengers safe and satisfied.

"We understand that the results of the Motorcycle Taxi Service Inter-Agency Technical Working Group’s (TWG) pilot study will be critical to the future of this new market involving MC taxis and online ride-hailing, especially in shaping regulations concerning safety, viability, and accreditation," the commission stated.

The TWG study, which is scheduled to end on March 23, 2020, is expected to lead to the amendment of the Land Transportation and Traffic Code to allow the use of motorcycles for public transport.

Four bills seeking to allow and regulate the use of motorcycles for public transport have been filed in the Senate. Similar bills have also been refiled at the House of Representatives.

The PCC, for its part, offered advisory support to the TWG, the Land Transportation Franchising and Regulatory Board (LTFRB), and the Department of Transportation (DOTr) in the formulation of policies on motorcycle taxi operations.

The PCC statement was issued a few days after the TWG initially recommended the termination of the study and later proposed further expansion of the study to include more riders and Cagayan de Oro City as a pilot area.

The study began in June 2019, with Angkas as the sole participant. From June to December 2019, a total of 27,000 Angkas riders were able to freely provide motorcycle taxi services despite the law disallowing the use of motorcycles for public transport.

After December 23, 2019, however, the study was expanded to include two more providers, JoyRide and Move It, and more riders overall.

While the total number of riders was increased, Angkas was not happy with the rider cap for each provider and questioned the TWG guidelines in court. (MVI/SunStar Philippines)