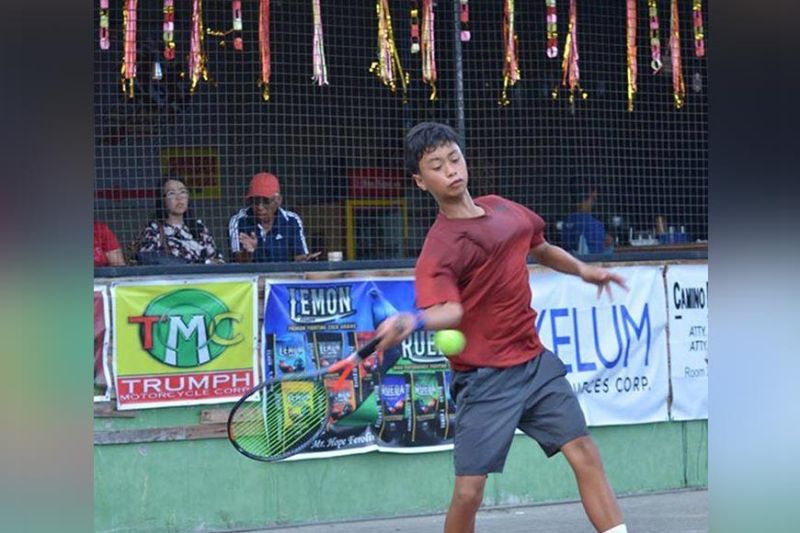 The 13-year-old seventh grader at St. Paul II College of Davao will join two other top ranked boys 14 and under players based on updated Philippine Tennis Association (Philta) junior rankings as of December 31, 2019.

Angus’ mother Lani, in text messages to SunStar Davao yesterday, confirmed that her son is competing in the World junior qualifying.

“We are preparing all his documents now,” she said.

a memorandum naming Carbonilla, Angus and Lucman will represent the country to the Jakarta netfest.

Philta secretary-general Romeo Magat, meanwhile, wrote the Department of Social Welfare and Development (DSWD) on January 20 seeking for necessary clearance for travel for the three junior tennis players who are all minors.

Angus, a product of the Philippine Tennis Academy Davao satellite, recently participated as a wildcard entry in the national tryouts for the 2020 ITF World Junior Tennis Competition in Tagum City where he emerged 14 and under champion.

He started playing tennis at age six and was influenced by his father Dr. Victorio C. Angus, Jr. who was also a former tennis player.

In 2018, he crowned himself boys 12-under category champion of the Dacudao Cup and he also bagged a elementary boys gold medal in the Davao Region Athletic Association (Davraa) Meet.

He salvaged a bronze in the Palarong Pambansa 2019 and was also silver medalist in the Batang Pinoy qualifying.