Commuters irate over lack of PUVs 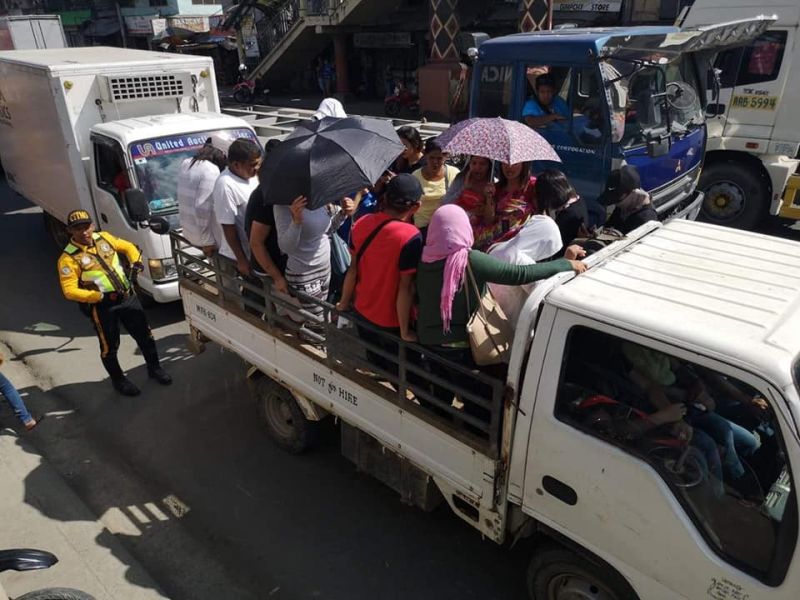 SEVERAL commuters expressed dismay and frustration after they were stranded Friday, January 24, due to the lack of public utility vehicles (PUVs) in the northern part of Davao City.

Rhona Villariasa, a resident of Barangay Indangan, expressed her dismay on a lengthy post on her Facebook account over how it was not easy to get a ride due to the small number of vehicles. She waited for almost an hour before she was able to grab a ride.

Being pregnant, she was frustrated at the hassle it has caused her and to other commuters who were either going to work, school, or running other errands. While she understood the reason and the purpose of why there were a few vehicles on the streets, she said that the government should’ve anticipated and provided a contingency plan.

Photos of commuters from Tibungco, Panacan, and Sasa waiting along the sidewalks for a ride circulated over social media.

“Luoy kaayo ang mga tiguwang, buros, tanan gyud nga mangatol na lang sa ilang ulo bisan di katol kay naguol kay wa pa gyud kasakay (Situations like these are not easy for the pregnant women and the elderly who are becoming frustrated for not being able to get a ride),” she said on her post.

In a separate post, Joar Montemor Petiluna shared his sentiment on the insufficient number public utility jeepneys (PUJs) on Friday. Petiluna said the government should’ve just scheduled their activity on Sunday since there are lesser people commuting during that day. Considering that it was weekday, many people suffered inconvenience.

In an interview Friday with Land Transportation Franchising and Regulatory Board (LTFRB) Davao regional director lawyer Armand Dioso, he said they have anticipated the possible problem. They initially coordinated with a bus company but some of the bus units were down Friday.

Dioso, through the Office Circular No. 04 Series of 2020, has called all the PUJ operators and drivers in the north for a consultation dialogue with the social development program technical working group of High Priority Bus System (HPBS) Friday at Bunawan Gym, Barangay Bunawan.

“In the interest of public service, and pursuant to the implementation of the High Priority Bus System (HPBS) in Davao City consistent with the PUV Modernization Program of the Duterte Administration, all operators, and drivers of Public Utility Jitneys (PUJs) (are mandated to attend the dialogue),” Dioso said.

Dioso said in the previous consultative meeting that they had, there was no similar problem like yesterday. Upon learning the situation on the ground in the morning, he coordinated with LCI and Bachelor Express bus companies to provide bus augmentation for the stranded passengers. There were at least nine bus units which were deployed starting in Tibungco.

CTTMO and other government officials have sent vehicles to provide free transportation for the passengers.

To avoid a similar incident in the next dialogue, Dioso said that they will have a meeting with the CTTMO to ensure that there will be enough vehicles running on the roads.

He said that there were around 2,000 PUJ operators and drivers who attended the dialogue.