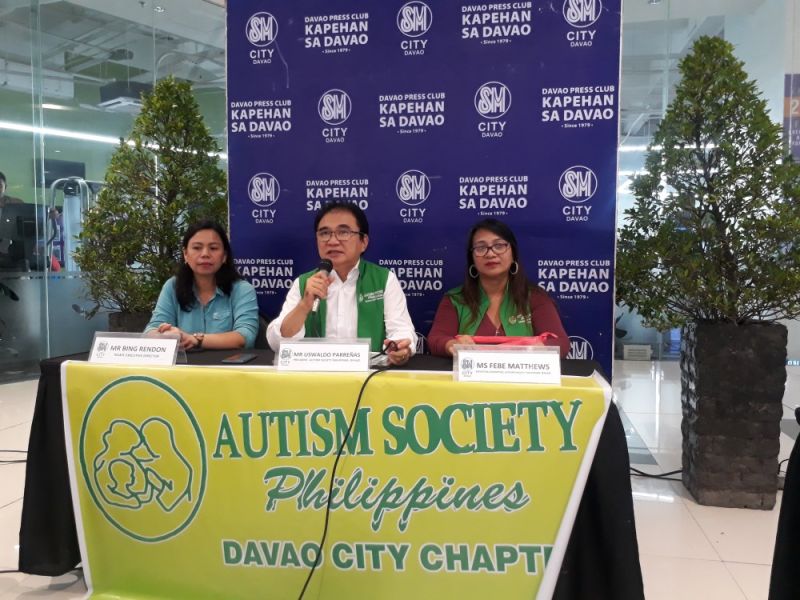 HAVING a daughter with autism has inspired Uswaldo Parreñas, president of Autism Society of the Philippines (ASP)-Davao chapter, to advocate in creating an environment that is accepting, accommodating and appreciative of the condition not only of his child but also other people with autism.

Parreñas told SunStar Davao that her daughter was diagnosed with autism back when she was two years old. Now, her daughter is 15 years old and studying at Specially Gifted Angels, a special education (Sped) school.

Seeing the condition of her child and other kids and adults who have this kind of condition, he made an initiative to advance their welfare, rights, and inclusive environment.

“It started when I was asked by the school to join a seminar about autism. That’s where I learned about the society but ever since, I really wanted to help these kids because I saw them in Sped school and during therapy sessions,” Parreñas said.

Autism is a developmental disorder characterized by difficulties with social interaction and communication, and by restricted and repetitive behavior. Parents often notice signs during the first three years of their child’s life.

After that meeting, he was then invited by the organization. Since it fits his advocacy, he was enticed to join the group. ASP is a national, non-profit organization working towards an environment that empowers persons with an autism spectrum disorder to become self-reliant, productive, independent and socially-accepted members of an Autism-OK Philippines.

Despite their massive awareness campaign, he noticed that there are still people who remain uninformed about autism. It has further fueled their organization to take a stride in improving the lives of persons on the autism spectrum through various programs and projects.

“Even if you’re in the mall or street if they saw PWA (persons with autism) they have that strange and curious stare their eyes to you,” Parreñas said.

He cited challenges that need to be addressed such as developing acceptance, support, and therapy for those in need.

“[There is a need for] continuing education to other sectors or group and sensitivity lectures to establishments,” he added.

ASP is celebrating the 24th Autism Consciousness Week, which will culminate on Sunday, January 26, dubbed as Pilipinas Angels Walk for Autism at SM City Davao Annex Entertainment Center Davao City. The celebration seeks to ensure that PWA will live a meaningful and productive life.