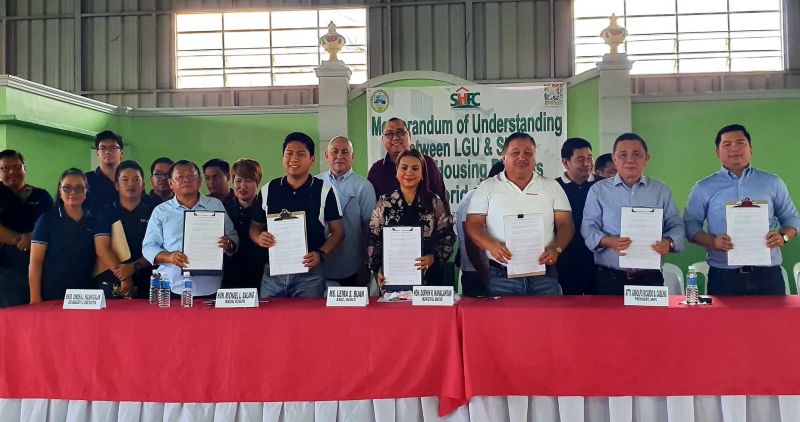 The 2,000 housing units project will be located in a 23-hectare land in Barangay Pabanlag and will be constructed in a span of three years.

Engr. Osmena L. Palanggalan, president and chairman of FFJJ Construction, said that each house will have a width of 30 meters, with a dining room, kitchen, a loft and rest room. Each unit costs P 580,000.

SHFC president Arnolfo Ricardo Cabling said beneficiaries coming from waterways and danger areas will be assured of a complete community with all the amenities like an open area, function area and road network.

He said beneficiaries can be assured of the lowest interest rate of two to six percent for a span of 30 to 35 years.

Mayor Darwin Manalansan said the socialized housing project is one of his visions to provide affordable and quality living to indigent families who do not have their own homes.

The mayor expressed his gratitude to the HUDCC, SHFC, Municipal Council and other stakeholders for making the dream a reality, adding that his administration will also be providing livelihood training and opportunities to homeowners once the project is completed.

Buan said beneficiaries will no longer live in fear of not having a home to live, saying this project will assure beneficiaries of their own house and lot that they can pass to their children.

Vice Mayor Michael Galang said the Municipal Council has supported this project from the very beginning, adding that the groundbreaking ceremonies will start soon. (Chris Navarro)