PSA-NegOcc gears up for 2020 population census 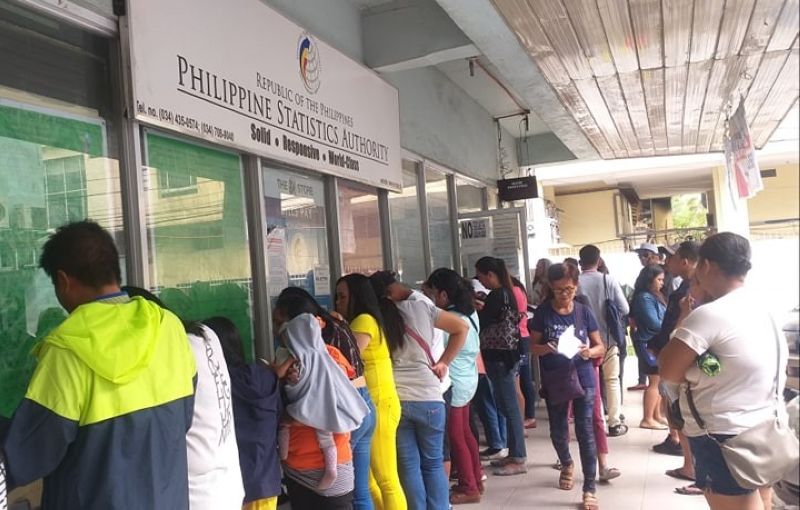 BACOLOD. PSA-Negros Occidental prepares for the conduct of 2020 Census of Population in the province that will start in May. (Photo by Erwin P. Nicavera)

THE Philippine Statistics Authority (PSA) in Negros Occidental is gearing up for the conduct of its 2020 Census of Population in the province that will start in May this year, its top official said.

Luis Gonzales, provincial statistical officer of PSA-Negros Occidental, said they are involving the Department of Education (DepEd), particularly the teachers, for the one-month conduct of the census.

Gonzales said the training will start next month, the teachers will serve as supervisors or enumerators.

“Our priority is teachers, but we will hire private enumerators if needed,” he said, adding that they already convened with the district supervisors who will serve as members of the City and Municipal Census Coordinating Board.

For the province’s level, meanwhile, the Provincial Census Coordinating Board will be chaired by Governor Eugenio Jose Lacson.

Its members would include the head of various agencies and offices like the Armed Forces of the Philippines, DepEd, Department of Health, Department of Social Welfare and Development, and Population Commission, among others.

The board will provide the necessary assistance to the PSA as the agency cannot do the census alone, Gonzales also said.

The conduct of census is provided under Batas Pambansa No. 72, an act providing for the taking of an integrated census every 10 years beginning 1980.

Though in 1995, during the time of former President Fidel Ramos, the government started to conduct the mid-decade census of population.

The census of population is a complete process of collecting, compiling, evaluating, analyzing, publishing and disseminating data about the population of the country.

It entails the listing and recording of the characteristics of each as of a specified time and territory.

For Negros Occidental, the PSA earlier reported that the province has a population of almost 2.4 million in 2010.

Based on the 2015 Census of Population, Negros Occidental, excluding Bacolod City, has a population of 2.5 million.

Stressing the importance of the population census, Gonzales said there’s a need for full cooperation from Negrenses as the result will be the basis of the government’s programs and projects.

For the local government units (LGUs) and even the barangays, he said, it will also be the basis of their internal revenue allotment (IRA).

“Hundred percent of the population will be listed through this survey, so we call on the public to participate in the nationwide simultaneous census of population,” Gonzales said, as he appealed “please entertain our teachers, or enumerators.”

PSA-Negros Occidental has yet to finalize with the DepEd as to the number of teachers that can serve as enumerators.

Also, it is currently tapping the help of the city and municipal governments to link them with homeowners associations of different subdivisions.

Its head pointed out that some subdivision residents are hesitant to participate in the census.

“They can actually look for the identification cards of our enumerators to make sure that this is an official population census,” Gonzales said.