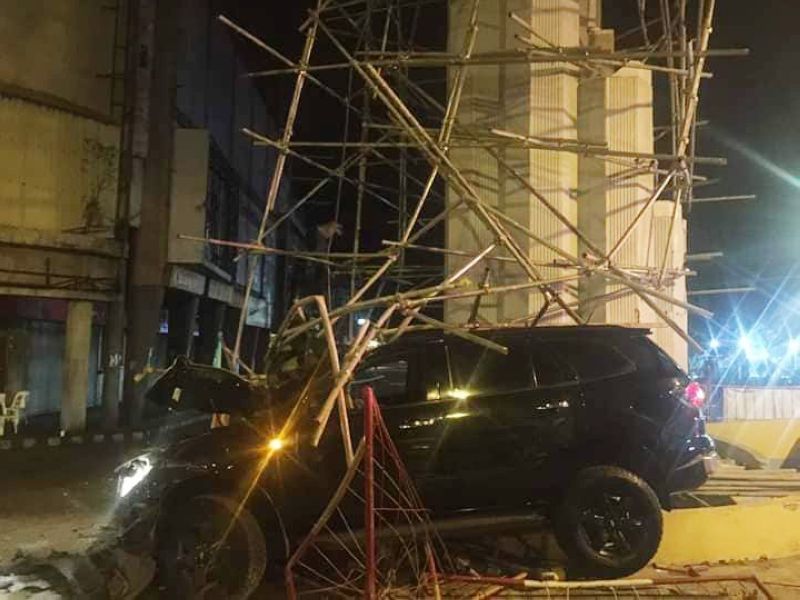 THE P4.8 million Halandumon Tower at Gonzaga-Gatuslao streets, Barangay 12, Bacolod City was damaged after it was hit by a Ford Everest vehicle driven by a Korean National yesterday morning.

Sedel said Inhwan along with his Korean friend was travelling from north to south of Gonzaga-Gatuslao streets at about 12:20 a.m.

He was driving in a counter flow direction when bumped the Halandumon Tower, Sedel added.

Inhwan and his friend sustained minor injuries and were rushed to a hospital.

Inhwan assured the police that he will shoulder the expenses to repair the damage portion of the tower. He already talked with the contractor of the tower and the representative of City Engineer’s Office and no charges were filed against him.

In 2019, several netizens on social media criticized the project when it was inaugurated on June 18.

The structure is made of steel materials, its column cover made of light wall concrete, and the Light Emitting Diode (LED) lighting is programmable weather proof.

The repair of the lights is still ongoing.

“Halandumon” is Hiligaynon for “memorable” or “worthy to be remembered.