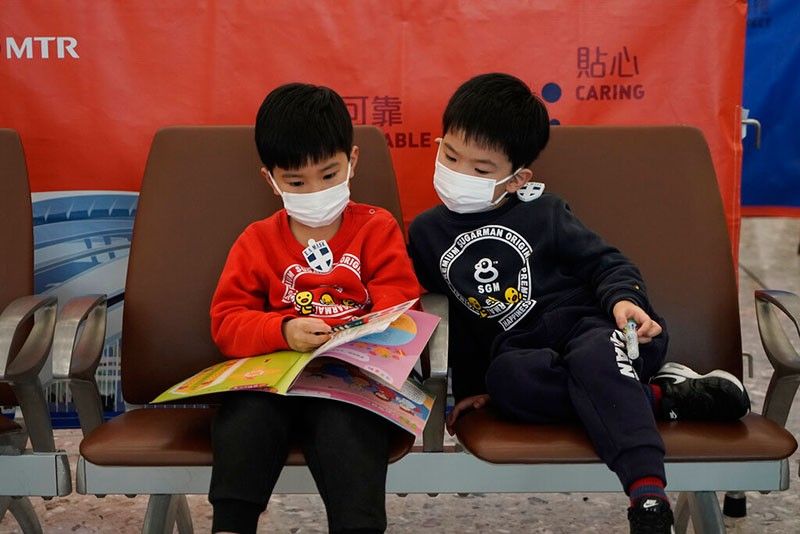 HONG KONG. Passengers wear masks to prevent an outbreak of a new coronavirus in the high speed train station, in Hong Kong, Wednesday, Jan. 22, 2020. The first case of coronavirus in Macao was confirmed on Wednesday, according to state broadcaster CCTV. The infected person, a 52-year-old woman, was a traveller from Wuhan. (AP)

BEIJING -- Hong Kong has declared the outbreak of a new virus an emergency and will close primary and secondary schools for two more weeks after the Lunar New Year holiday. City leader Carrie Lam also announced Saturday, January 15, that trains and flights from the city of Wuhan would be blocked.

The outbreak began in Wuhan in central China and has spread to the rest of the country and overseas as people travel for the holiday. Hong Kong has confirmed five cases of the new illness. Most schools are off next week, and Lam said they would not re-open until February 17.

The local South China Morning Post newspaper reported that a marathon in Hong Kong that was expected to draw 70,000 participants on February 9 was canceled.

The virus-hit Chinese city of Wuhan, already on lockdown, will ban most vehicles including private cars from the downtown area in a further bid to limit the spread of a new disease that has infected more than 1,000 people and killed 41.

State media said Saturday that only authorized vehicles to carry supplies and for other needs would be permitted after midnight.

Authorities shut down public transportation in the city earlier this week, as well as flights and trains out of the city. They are trying to prevent the virus from spreading in the city and to other part of the country.

The transportation bans have been expanded to 16 cities, with three more added Saturday, holding a population of more than 50 million people hostage to the disease.

In Wuhan, the city where the outbreak began, 6,000 taxis will be assigned to different neighborhoods to help people get around if they need to, the English-language China Daily newspaper said.

The National Health Commission reported a jump in the number of infected people to 1,287 with 41 deaths. The latest tally comes from 29 provinces and cities across China and includes 237 patients in serious condition. All 41 deaths have been in China, including 39 in Hubei province, the epicenter of the outbreak, and one each in Hebei and Heilongjiang provinces. (AP)