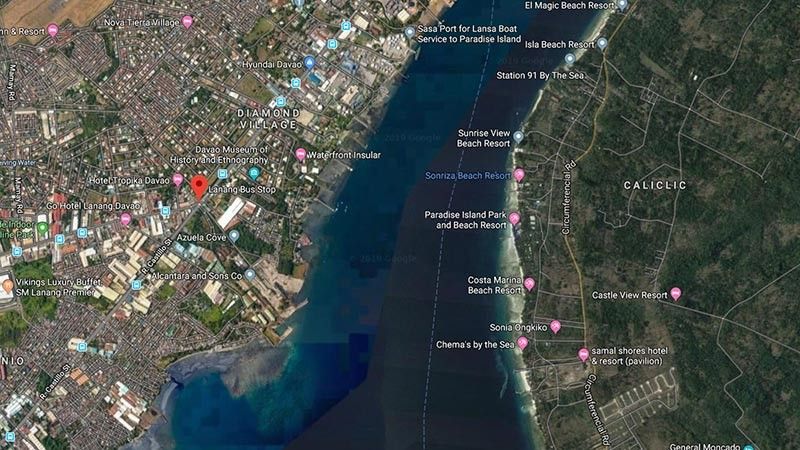 Dujali, in a press statement posted on his official Facebook page, said the constituents should push for the construction of the Davao-Samal Bridge, since they will be the direct benefactors of this infrastructure.

“Mao nang ingon ko, na tabangan nato ang national government sa pag-thresh out sa isyung local, kita mismong mga stakeholders taga-Davao Del Norte kita nay mangusog na dapat madayon gyud ang tulay karung tu-iga, masugdan gyud ang tulay sa Samal (That is why I am urging the national government in threshing out local issues surrounding the construction of the bridge. We, the stakeholders, should be the ones who need to push the materialization of the bridge this year),” Dujali said in a statement.

The National Economic and Development Authority-Investment Coordination Committee (Neda-ICC), in November last year, approved the granting of funds for the implementation of the Davao-Samal Bridge worth P23.04 billion and P16.61 billion of which will be utilized for civil works.

Neda said the proposed bridge in southern corridor will connect the Samal Circumferential Road in the Island Garden City of Samal (Igacos) to Davao City between R. Castillo-Daang Maharlika Junction.

The total project length is 3.98 kilometers including Davao Ramps and roundabout in Igacos.

Neda-Davao Region director Maria Lourdes Lim, who gave an introduction of the status of the bridge, said “thorough consultation” with stakeholders in the city were conducted.

She said representatives of each household did not make any remark on the bridge, which she said signifies their support for the project.

“This project is also responsive to Brunei, Indonesia, and Malaysia which intends to promote economic development in underdeveloped and geographically remote regions in its member countries. And among the strategic pillars conducted by the operation in pursuit of its goals are enhanced connectivity and tourism development. This project contributes to our security sector, to promote greater peace, public safety and order in our communities.” Lim said.

She said both City Councils in two cities had already expressed support for the bridge.

Hashim said the family had opposed the possible environmental impact of the construction of the bridge.

But he said, the project is still on-track, and that negotiations are ongoing.

Jubahib, meanwhile, said he requested the Department of Environment and Natural Resources-Environmental Management Bureau (DENR-EMB) to submit a report on the protection and preservation of the environment where the bridge will commence.

“EMB and DENR, kayo yung makaprove kung talagang may masacrifice dito sa ating environment. Kailangan n’yong magsubmit ng final result to the DPWH and NEDA para itong project ay hindi na matagal, kasi ang dami nating discussion dito patagal lang ‘to lahat, ang kailangan natin ngayon is hindi na discussion kundi implementation of this project. (To EMB and DENR, your study can give us findings on portions of environment, which would be sacrificed in the constuction of the bridge. I need the final result of your study submitted to DPWH and NEDA in order not to prolong the project. We need implementation, not any further discussion on this project),” the governor said.