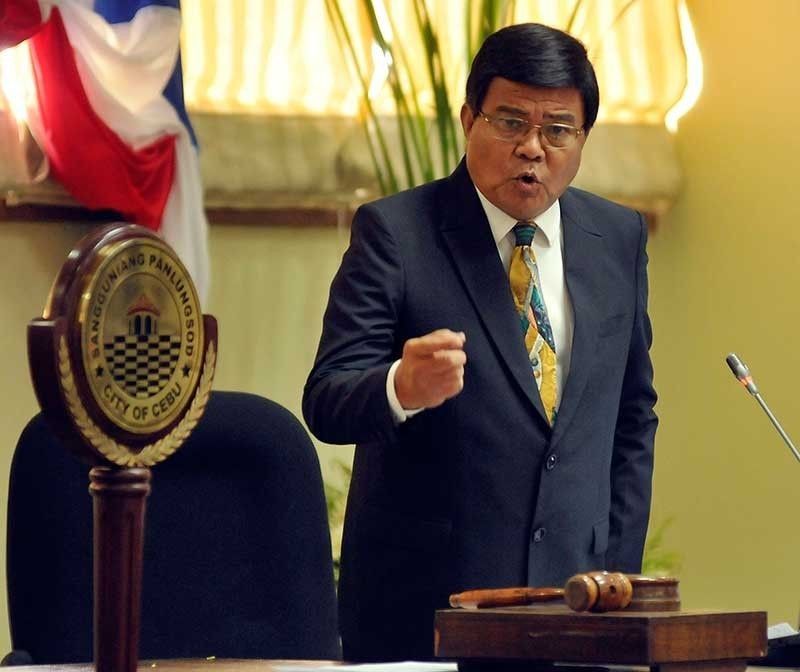 AS THE 2019 novel coronavirus continues its spread from China, Cebu City Mayor Edgardo Labella has declared that if the entry of Chinese tourists will threaten Cebu City residents, he will not hesitate to ban them.

Labella will coordinate with the health agencies and wait for their recommendations, so he will know what actions to take.

“They (Chinese) should not be allowed to enter if they pose hazards to our city,” Labella told SunStar Cebu.

Labella made the clarification following the publication of an article by a Cebu news outlet where he allegedly said, “There will be no ban of tourists from China.”

Labella received backlash from netizens for this statement in the said article.

It said Labella even emphasized during his news conference Friday, Jan. 24, that everyone should be concerned about the novel coronavirus (2019-nCoV).

“We should all be concerned. And while we are concerned, we have to do something. We have to take steps to prevent this disease from affecting our people in the City of Cebu,” the official statement quoted the mayor as saying.

On the possible ban, Hotel, Resort and Restaurant Association of Cebu president Carlo Suarez said, “We welcome all tourists; however, if in the course of being hospitable we may endanger the well-being of fellow Cebuanos, we will follow the direction of the government to safeguard the health and welfare of our fellow citizens. We support all steps directed to ensure the safety of all.”

The Cebu City Government has been taking precautionary measures following the report of a five-year old child from Wuhan, China showing symptoms of the 2019-nCoV on his arrival in Cebu City this month. Wuhan is the epicenter of the 2019-nCoV outbreak.

Test results released Friday by the Victorian Infectious Disease Reference Laboratory in Melbourne, Australia, where the child’s swab samples had been sent, showed that the child had not contracted the 2019-nCov.

Cebu City has sent personnel to augment the human resources needed to monitor the situation in the Mactan-Cebu International Airport (MCIA) and to the Department of Health (DOH). The Cebu City Health Office has also advised the public to take preventive measures to fight the virus.

DOH-Central Visayas officials said the five-year-old child from Wuhan, China and his mother had been released from the Cebu City hospital where they had stayed while under observation.

“The final result is negative for novel coronavirus of Wuhan. The patient and the mother have been discharged from the hospital. I think last night yet. They left quickly after the results were released,” DOH 7 Director Jaime Bernadas said in a text message in English and Cebuano to SunStar Cebu Saturday.

“If there is no reason to keep the patient(s), they are discharged as soon as possible,” added Dr. Van Phillip Baton, DOH 7 Emerging and Re-emerging Infectious Disease Program coordinator.

The child from Wuhan had traveled to Cebu with his mother on Jan. 12, 2020 via the MCIA.

Asked whether the child and his mother would be sent back to China, Bernadas said the decision would be up to the Chinese consulate. The Cebu Consulate of the People’s Republic of China has yet to give a statement on this.

In a separate development, 464 Chinese who arrived in Kalibo, Aklan from Wuhan on charter flights, are being sent back to China.

Apolonio, however, said the treatment would not be similar for Chinese travelers who arrived in any other parts of the country via commercial flights.

“They were negative for symptoms. Since there is a lockdown in Wuhan, the Civil Aeronautics Board also ordered that it will cease operations of Wuhan flights temporarily until further notice,” he said in a mix of Tagalog and English.

Before Friday’s suspension of flights from Wuhan, China to the Philippines, the CAAP said two Philippine carriers operated regular charter services between Wuhan and Kalibo.

“We cannot force passengers to go back, especially if the airports are closed. With the case of chartered flights, they were a group and the authorities in Wuhan allowed their return,” he said.

The Associated Press reported on Friday that China had expanded its lockdown against 2019-nCov to around 36 million people.

“Transportation was shut down in Wuhan, the city of 11 million at the epicenter of the outbreak, and in at least 12 other cities in central China’s Hubei province, encompassing a population bigger than that of New York, London, Paris and Moscow combined,” AP reported.

The DOH on Friday said it was investigating its second suspected case of 2019-nCoV in the Philippines—a 36-year-old man in Tacloban City, who worked in Wuhan, China, who has manifested symptoms of respiratory infection.

A family of four Brazilians on vacation in El Nido, Palawan is also now under isolation in a hospital in Palawan.

According to Rod Evangelista’s report on Super Radyo dzBB, initial examinations showed that the family’s 10-month-old baby had a high fever while the father had a sore throat. The family, reportedly, recently visited Wuhan.

Authorities have yet to verify if the family’s case is a case of 2019-nCoV. (With CSL)