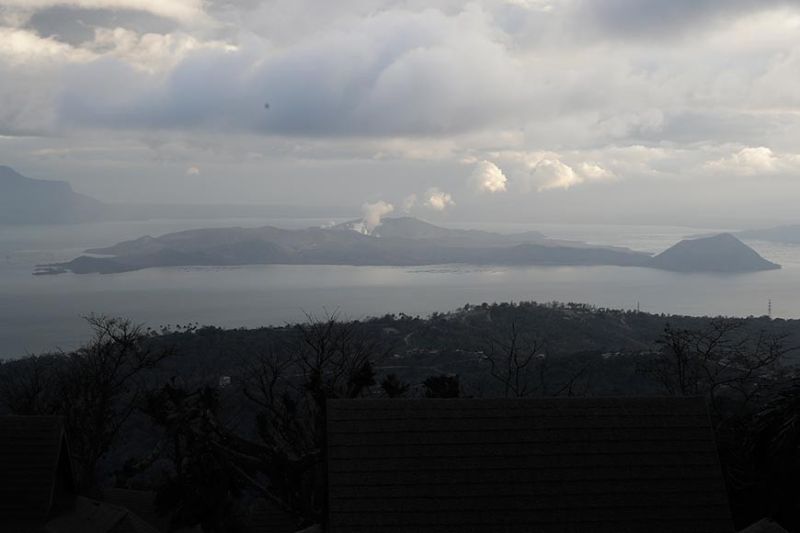 THE Philippines Institute of Volcanology and Seismology (Phivolcs) lowered the alert level over Taal Volcano on Sunday, January 26, but retained its advice to prohibit entry to the island and the permanent 7-kilometer danger zone.

In its 8 a.m. Sunday advisory, Phivolcs said the volcano’s condition has declined into less frequent earthquakes, decelerated ground deformation of the Taal Caldera and Taal Volcano Island edifices, and weak steam/gas emissions at the main crater.

The agency, however, warned that the following still threaten the volcano island and nearby lakeshores: sudden steam-laden and weak phreatomagmatic explosions, volcanic earthquakes, ash fall, and lethal volcanic gas expulsions.

Entry into the volcano island, 7-kilometer danger zone, areas over Taal Lake and communities west of the island within seven kilometers should still be strictly prohibited, Phivolcs said.

The agency also advised local government units to assess areas outside the seven-kilometer radius from the main crater for damage and accessibility as well as strengthen preparedness, contingency and communication measures.

Precautionary measures should still be undertaken due to ground displacement across fissures, frequent ash fall and minor earthquakes.

The volcano spewed steam-driven plumes and lava fountains during its phreatomagmatic eruption on January 12 and 13, 2020.

As of January 24, however, Phivolcs said volcanic earthquakes have declined to 420 events per day from 944, based on data gathered by the Taal Volcano Network.

There was also a corresponding decline in the daily total seismic energy released. Hybrid earthquakes that tracked post-eruptive recharge from Taal’s deep magma reservoir to a shallow magma region ceased on January 21.

The number and energy of low frequency events associated with the shallow magma region have also diminished.

“The overall pattern of ground deformation is for most part supported by InSAR (satellite) data and yields a net inflation of western Taal Volcano as a consequence of magma intrusion to the shallow magma region until January 21,” the agency stated.

Meanwhile, activity at the main crater has diminished to less frequent ash emissions and longer episodes of degassing or steaming that emitted steam-laden plumes of less than 1,000 meters tall.

Sulfur dioxide levels has steadied at an average of 250 tonnes per day in the last five days, suggesting a “progressively degassed shallow magma source and diminished plume activity”.