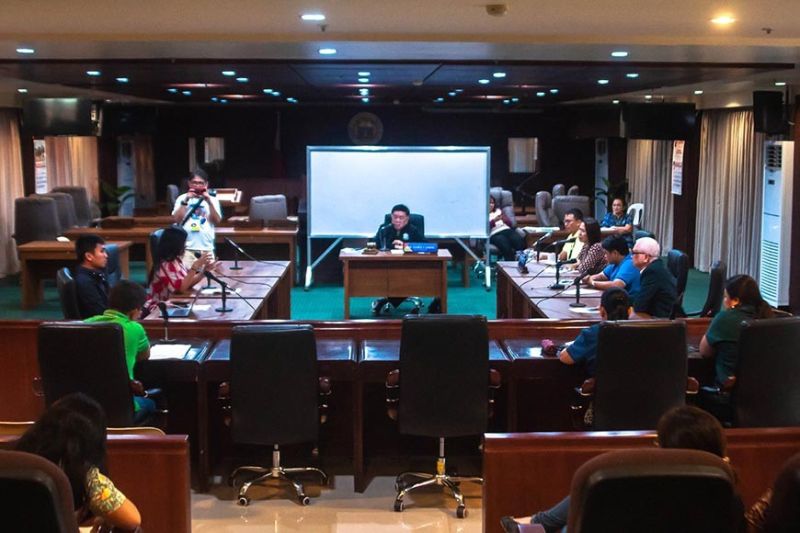 The committee on trade and commerce has launched an investigation into the alleged overpricing of medicines in the pharmacies of private hospitals. (PJ Orias)

THE CITY Council committee on trade and commerce has summoned officials of the Department of Health (DOH)-Northern Mindanao as it continues its investigation on the alleged overpricing of medicines in private hospitals.

During Thursday's meeting, January 23, 2020, of the committee on trade and commerce, City Councilor Edna Dahino moved to invite DOH-Northern Mindanao officials at the plenary after they failed to attend the committee meeting where they will supposedly explain how medicine prices are regulated.

City Councilor George Goking, trade and commerce committee chair, meanwhile, threatened to declare the DOH officials persona non grata if they fail to attend the session which was scheduled Monday, Januay 27, but moved to Monday of next week, February 3.

This after City Price Coordinating Council chair lawyer Edgardo Uy wrote a complaint that actual selling prices of drugs inside the hospital is 30 to 40 percent higher than the pharmacies outside the hospital.

Uy said he wrote the complaint to DOH only to get a reply that the health department does not have authority to control drug prices. DOH-Northern Mindanao also told Uy that they do not have guidelines or legal documents that their office have control on the prices of medicines in the private sector.

"If the Department of Trade and Industry monitors the suggested retail price on canned goods, noodles, why not regulate medicines that are life-saving? How passive can the DOH be?" Uy said.

Dahino said the DOH, being a government office should ensure that sick patients won't have to worry about high-cost of medicines. Instead, the councilor pushed that patients should be given a choice on where they will purchase their medicines.

"The patient should be given option, kung didto sa gawas siya magpalit or sa sulod sa hospital magpalit og tambal. With this, they can buy medicines according to their budget," she said.

For Goking, medicine overpricing is a form of exploitation.

"Some say it is a free enterprise, but it is exploitation, taking advantage sa mga nanginahanglan. In the event nga dili sila mo-appear sa plenary, we will declare them persona non grata and then we will let this matter reach President Rodrigo Duterte," he added.

Goking launched the probe weeks ago through his trade and commerce committee after receiving complaints on the alleged overpricing.