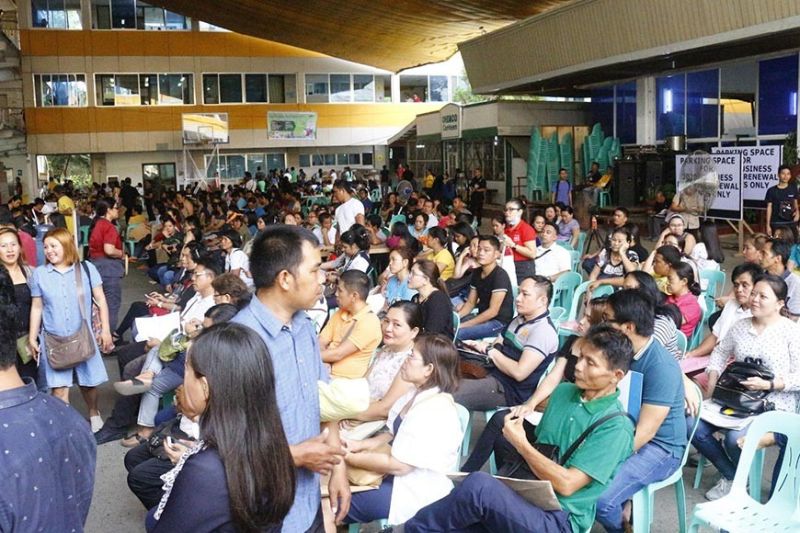 Business owners continue to flock the City Hall grounds to pay for taxes. The finance department said it has collected a total of P607.4 million from January 1 to 20, 2020. (Photo courtesy of CIO)

THE Cagayan de Oro City Finance Department has collected a total of P607.4 million for the one-stop shop in the renewal of business permits from January 1 to 20.

According to the City Finance Department, they recorded around P60 million increase in the collection from business permit renewal this year compared to last year's P547.4 million in the same period.

They also reported a total of 10,584 businesses have already redeemed their business permits.

The collections from business permit renewal is expected to further increase as the deadline was recently extended up to January 31.

The extension was due to the request from the Misamis Oriental Filipino-Chinese Chamber of Commerce and Industry (MOFCCCI) whose members, according to MOFCCCI President Simon Ching, were having difficulties processing everything in time for the deadline, which was initially scheduled on January 20.

Last year, a total of 27,518 businesses in Cagayan de Oro City were registered.