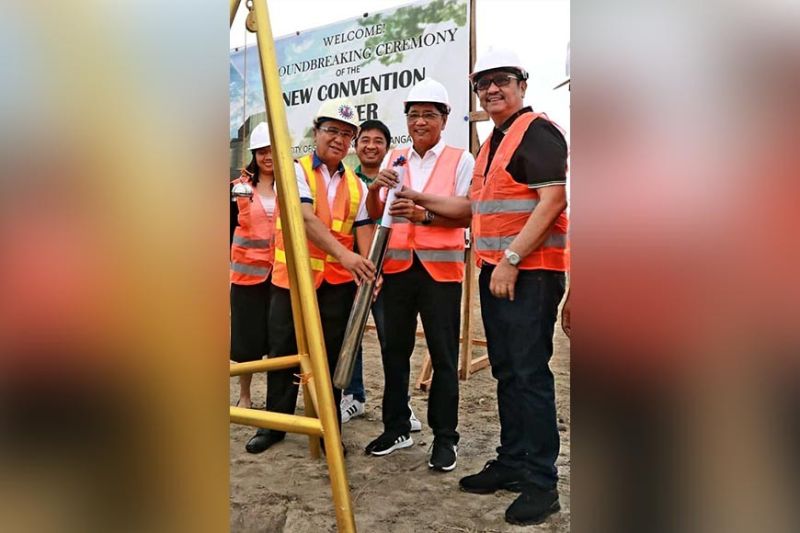 CITY OF SAN FERNANDO — Some P300 million was allocated for the construction of a convention center in Barangay Calulut.

Pampanga Third District Aurelio “Dong” Gonzales led the groundbreaking ceremony for the said project with City of San Fernando mayor Edwin Santiago and officials of the Department of Public Works and Highways (DPWH).

The convention center, which is expected to be finished under the term of the current city administration, can accommodate 5,000 people, according to Gonzales.

“This is another of our priority projects that aim to spur development in this area of the city and would galvanize the role of the capital as perfect place to host major events and gatherings,” Gonzales said.

The congressman stressed that the convention center will be able to host various indoor sporting events.

He added that the structure, which will rise in a four-hectare property, could also be developed to house other facilities for other functions.

Santiago thanked Gonzales for the project stating that the area near the development area of Sindalan will see further boost from the project that will surely attract commercial development into the surrounding areas.

“We have been pushing for growth areas in the city and this area is one of them. This project will surely bring in much needed development,” Santiago added.

The project is set to commence construction in the first quarter of this year under the supervision of the DPWH.