Campaign continues vs NPA in Negros 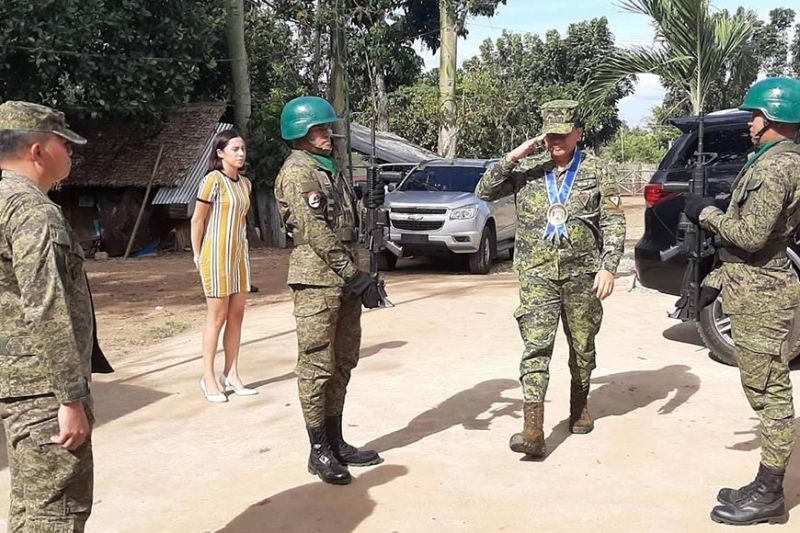 "LET us sustain the gains we had in our area of operations. We will continue our efforts and use all our might to hunt down the terrorist CPP/NPA/NDF, the foremost criminal syndicate here in Negros. We will unmask this fake revolutionaries who continue to deceive the people of Negros."

This was emphasized by Colonel Inocencio Pasaporte, the newly installed Commander of the 303rd Infantry Brigade, Philippine Army during his visit with his soldiers in central Negros particularly the troops of the 62nd Infantry (Unifier) Battalion in Barangay Libas, Isabela on Saturday, January 25.

Pasaporte was welcomed with the traditional military honors and received by Lieutenant Colonel Egberto Dacoscos, Commanding Officer, 62IB together with his battalion staffs.

In his short talk to the troops, Pasaporte personally expressed his wholehearted thanks and gratitude on the warm welcome extended to him by the Unifier Troopers.

He also commended the units' efforts as a whole for its many accomplishments in its area of operations. Likewise, he encouraged the troops to keep up the good work and continue its high standard of professionalism in performing its duties particularly in accomplishing its unit mission.

"We must give our full support to the efforts of the local government units in the implementation of Executive Order No. 70 to end the local communist armed conflict in their area. We must continue our coordination and collaboration and whole of nation approach in giving basic services in the community particularly in the area influenced by the Communist NPAs," Pasaporte added.