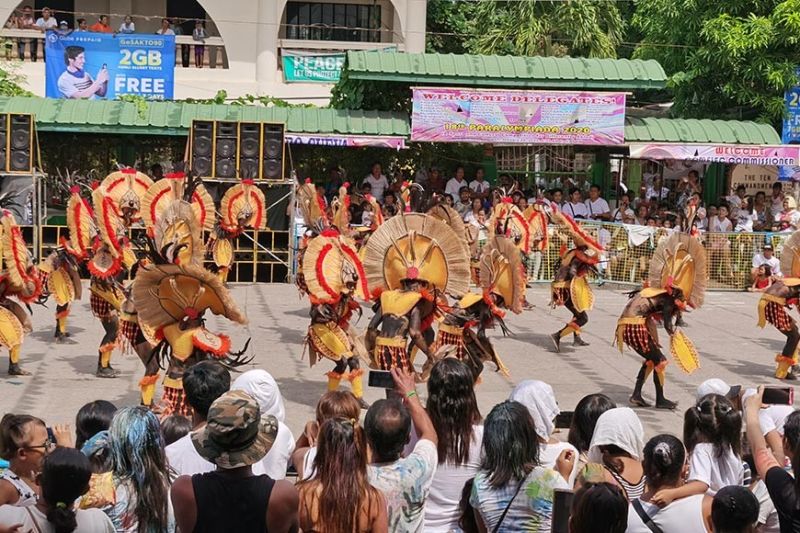 MORE than half a million spectators joined the Dinagsa Festival of Cadiz City during the highlights on Saturday and Sunday, January 25 to 26.

There was no untoward incident that were reported, Escalante said.

Aside from local guests, Cadiz had foreign tourists enjoying the face painting on the street, he added.

He said Cadiznons went out on the streets to enjoy the event that paid homage to Sto. Niño.

Also attending the event were Governor Eugenio Jose Lacson and Commissioner Rowena Guanzon of the Commission on Election and a former mayor of Cadiz.

Meanwhile Escalante clarified that the Cadiz City government is not tolerating indecency and lewd acts during the festivities.

Escalante's statement was in reaction to the videos and photos that went viral on social media where two young people were seen dancing in lewd manner and more than ten others holding placards with indecent words.

The mayor said that the two who danced lewdly 'were not residents of Cadiz.'

"There was a failure in the event security that gave way to such immoral acts," Escalante said.

He added that more than ten other persons who were not also from the city were identified as carrying placards with indecent words.

Escalante confirmed that two minors were put under custody by the police for more than one hour.

The minors were later released, he said.

Escalante said he wrote letters to the parents of the two minors asking them to meet him at his office to talk about the matter.

"I also saw some persons carrying those placards and I asked them to throw those away so others will not see it," he added.

They were probably under the influenced of alcohol and wanted to get attention, he pointed out.

He said the city's Dinagsa Festival was given a 'negative color' by just about ten persons of the more than 500,000 who attended the event.

"In behalf of Cadiz City, I am apologizing to the public for what happened. It is a lesson learned that will not be repeated next year," Escalante said.