MAGALANG -- The Department of Agriculture (DA) is eyeing a two percent growth in the agriculture sector for the first quarter of 2020.

DA Secretary William Dar shared this recently during the fifth founding anniversary of the Pampanga State Agricultural University (PSAU) in this town, as he encouraged various partners and stakeholders to work closely with the department so as to surpass the agriculture growth of 0.7 percent in the same period last year.

As an initial step to achieve the two percent target growth, the department partnered with PSAU, a prominent agricultural university in the region.

The department, alongside other partner agencies and bureaus, inaugurated new facilities in the university that aim to boost the agriculture sector in the province and Central Luzon.

The PSAU radio station DWEE 107.1 FM was launched to serve as the mouthpiece for development so that farmers and fishers around Pampanga and the region will continuously be given information to increase their productivity levels in their locality.

The Animal Disease Diagnostics and Research Facility, a P5-million project of DA, Bureau of Agricultural Research and Bureau of Animal Industry, was built to elevate knowledge about animal diseases and to serve as common center in employing preventive measures for disease occurrences. This facility contains DNA and RNA laboratories, necropsy room, and autoclave room among others.

The Bureau of Agricultural Research funded the Satellite Livestock Breeding Center designed to help animal farmers through the provision of improved animal science research laboratory facility and breeding stocks among others. Likewise, the Bureau of Animal Industry funded a collaborative program with the university for the benefit of adopt-barangay extension modalities in Pampanga.

Dar also said the DA-Central Luzon also collaborated with the university in the form of projects of rice, farm machinery, and the like, amounting to P10 million annually.

"That is the kind of partnership we want to nurture and cultivate with universities because the department cannot do everything alone," Dar said. (PR) 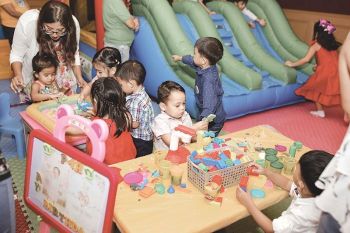