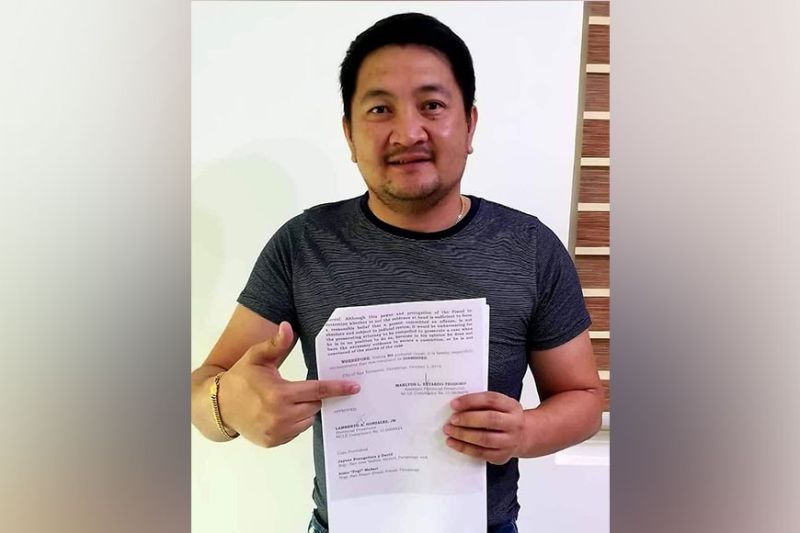 PAMPANGA. Arayat Vice Mayor Sixto Mallari shows the resolution recommending the dismissal of the case of grave threat and illegal possession of firearms and ammunition filed against him. (Chris Navarro)

+
A A
-
January 27, 2020
THE Office of the Provincial Prosecutor has recommended the dismissal of a complaint of grave threat and illegal possession of firearms and ammunition against Arayat Vice Mayor Sixto Mallari.

Records show that on June 23, 2019, complainant Jayvee Evangelista Y. David of Mexico, Pampanga who was riding a motorcycle with two other companions alleged that a white Hyundai Tucson overtook them and a man carrying a gun alighted from the vehicle and allegedly pointed it at him.

David then reported the incident to the barangay officials of San Jose Malino and Mexico police.

On July 27, 2019, David pointed to Mallari as the one who allegedly pointed a gun at him during a face-to-face encounter at the house of Mexico Mayor Teddy Tumang.

The vice-mayor denied the accusation, saying he was with his family in the City of San Fernando when the incident happened and that the SUV was being driven by his driver and bodyguard.

A closed circuit television (CCTV) camera footage showed a dark man alighting from the vehicle and confronting the motorcycle-riding men.