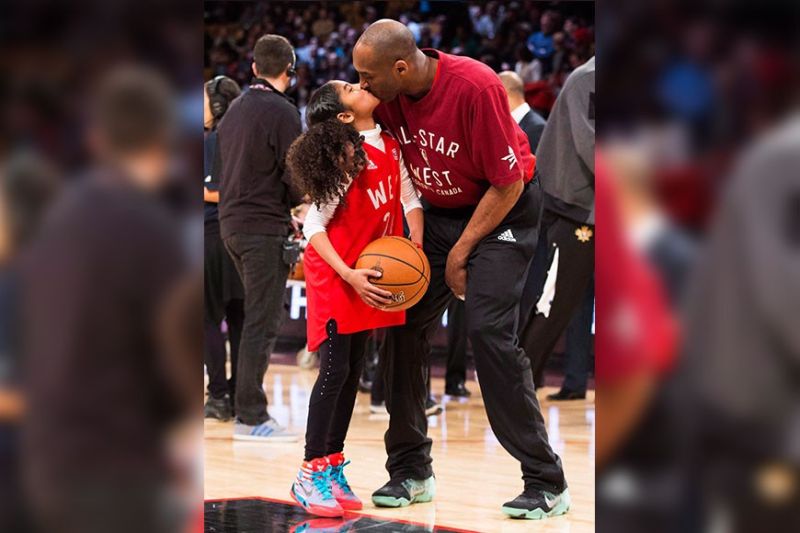 GONE TOO SOON. Kobe Bryant and daughter Giana share a tender moment just before the NBA All-Star Game in 2016, the Laker legend’s last season in the league. (AP Photo)

CEBUANO basketball fans and legends walked up to terrible news about the sudden death of NBA legend Kobe Bryant, 41, who was killed in a helicopter crash along with his daughter Gianna and seven others.

And like the rest of the sports world, they expressed their shock.

“Just like everybody else.... it was a shocking tragedy. He’s such a young guy. Actually, he’s just starting his life. A big loss in the sporting world. I think even in his death, he’s able to encourage and motivate young basketball players to be as good as he is,” said PBA legend Ramon “El Presidente” Fernandez, who is now with the Philippine Sports Commission.

Another Cebuano legend, Dondon Hontiveros, who posted a clip of him guarding Kobe was also devastated.

“The death of Kobe Bryant is a sad news to all basketball lovers all over the world. He will be missed. He is a legend. Rest in peace, goodbye,” said Tiukinhoy.

“Of course I’m shocked. One of the most respected and admired athlete in the world. He has been to our country a countless time and shared with the Filipino youth his knowledge of the game. May his soul rest in peace and condolence to the family,” Atty. Baldomero Estenzo, UC Webmasters manager ug June Mar Fajardo adviser.

On the other hand, Sportswriters Association of Cebu president John Pages said, ““Shocking! And it happened the day after he relinquished the title (NBA’s 3rd all-time top scorer) to his close friend LeBron. Only 41 years old, Kobe still had plenty to share in this world. His death jolts all of us. I hope the Lakers go on to win the title in his memory.”

Coaching legend Raul Alcoseba called Bryant a true gift to the sport, while rival coach Gary Cortes of the University of the Visayas said what Kobe has done will live forever.

“A true gift to basketball. A great inspiration to all. A true legend,” said Alcoseba.