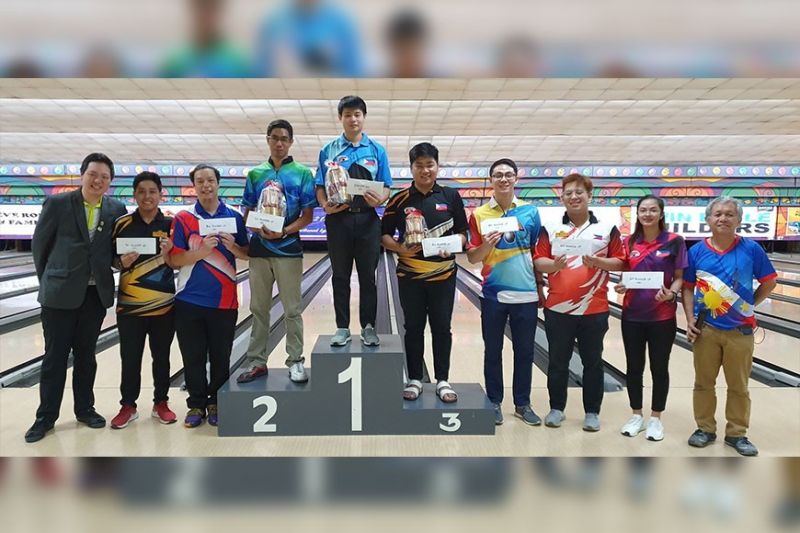 FOR the second straight year, a bowler from Makati has ruled the Association of Cebu Bowlers Inc. (ACBI) Sinulog National Open.

Tan topped the qualifying round with a total score of 2,134 after 10 rounds to secure the No. 1 seed that came with an automatic slot to the finals. The second to fifth-ranked players--Aui Padawan, Bolongan, Clarence Tiu and Chua--played in a step-ladder elimination.

Bolongan scored 197 in the first match and escaped with a narrow one-point win over Tiu. Chua was also booted out with a 158.

Bolongan then faced fellow ACBI-Prima bowler and No. 2 seed Aui Padawan. The former prevailed with a 222-189 score giving him a shot for a title against top qualifier Tan.

Tan had a twice-to-beat advantage in the finals but needed only one game to defeat Bolongan with a score of 215-194.

The 21st Sinulog National open was organized by ACBI, which was formerly known as Bowlingplex Tenpin Association. (RSC)