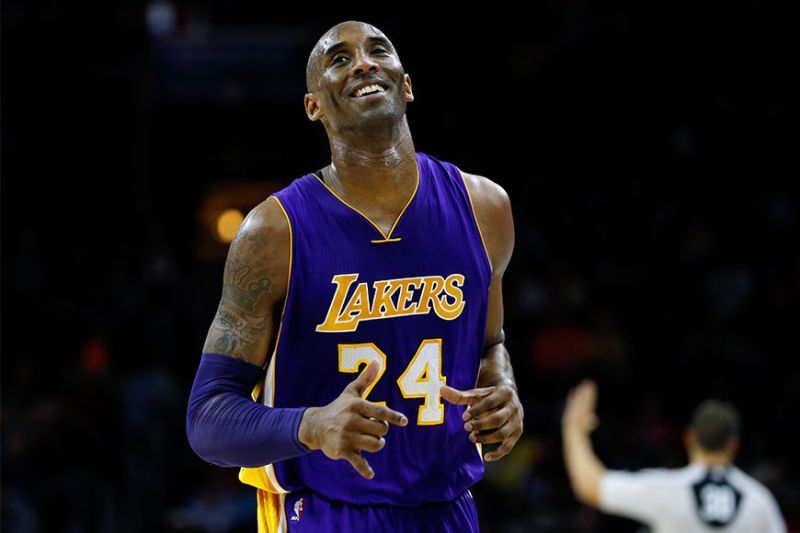 In this Dec. 1, 2015 file photo Los Angeles Lakers’ Kobe Bryant smiles as he jogs to the bench during the first half of an NBA basketball game against the Philadelphia 76ers in Philadelphia. The Retired NBA superstar has died in helicopter crash in Southern California, Sunday, January 26, 2020. (AP)

SPORTS fans all over the world, Dabawenyos included, mourned the untimely death of Kobe Bryant, highly-touted as among the greatest basketball athletes who ever lived.

He has inspired a generation of basketball superstars the likes of LeBron James and Stephen Curry, among others, as well as basketball player wannabes from every part of the globe.

Reports said that the 41-year-old retired Los Angeles (LA) Lakers superstar and his 13-year-old daughter Gianna were on their way to the Mamba Sports Academy in California on Sunday morning (Monday, January 27, Philippine time) when their helicopter crashed, killing them both and also others onboard.

Bryant was an 18-time NBA All-Star who won five NBA championships in 2000, 2001, 2002, 2009 and 2010 during his 20-year career with the Lakers, a four-time NBA All-Star most valuable player (MVP), 2008 NBA MVP, two-time NBA Finals MVP and a two-time Olympic gold medalist. One of his career’s unforgettable feats was the 81-point game against Toronto in January 2006. In his retirement game against Utah, he delivered 60-point performance.

Philippine Sports Commission (PSC) chairman William “Butch” Ramirez said, “I met him in Beijing Olympics. He was a natural guy. He was conversing with me in a very friendly and humble way. He likes Manila and he has that basketball spirit of competitiveness.”

“I grew up rooting for the Lakers and Kobe was one of my favorite players not only because of his skills but the work ethic that he put into the game. Sometimes, I had to skip lunch just to watch him play on TV. He was a great player. So sad to know of his tragic death and that of his daughter and the others,” Maxey said, adding that he didn’t want to open his Facebook or watch news as Kobe’s death has left him devastated.

Senator Christopher “Bong” Go, in a phone interview, said Kobe was his idol after Michael Jordan. He cited Bryant’s finesse and elegant shooting prowess. “Yung shooting touch, his moves... perfect for a basketball player. Burying crucial shots to win games was his forte,” Go said, adding that he has a wide collection of Kobe Bryant shoes and jerseys that he never used as he just wants to preserve them.

Go, Senate Committee chairperson for sports, also said in a statement, “From the millions of Filipinos whose lives you’ve touched one way or another, we thank you, Kobe, for inspiring us to always give our best in what we do. For his loved ones and the basketball community, we share your grief as we extend our deepest condolences to the family friends, colleagues and fans around the world who Kobe left behind.”

“A leader in the court and influenced and motivated every teammate to excel. He valued the contribution of every person made outside and inside the court. He also gave recognition and honor to every athlete in different field of sports. On top of his unparalleled performances in every game he played, his love for the game has been embraced by all NBA players. Truly a legend,” Encabo said.

He said, “Goat, rest in peace. He was a true MVP and a real legend.”

Seasoned Davao coach Isaias Gravador said, “The basketball world is mourning right now. More than the passing away too soon is the tragic death. He didn’t deserve that kind of death.”

He praised Bryant’s mentality of getting better everyday, saying, “He became one of the best because of this mentality. He was a gym rat. He never stopped working. His strive for excellence is beyond compare.”

An Associated Press (AP) report said, “Tears flowed freely in the NBA world. LeBron James was inconsolable when he got the news, a day after passing Bryant for No. 3 on the all-time scoring list. Doc Rivers struggled when he tried to put feelings into words. Even from the normally beyond-stoic Kawhi Leonard had his eyes well up when he was talking about Bryant.”

Players around the NBA honored Bryant by holding the ball for 24 seconds — one of his jersey numbers — for a 24-second shot clock violation at the start of games. Hawks All-Star guard Trae Young, who usually wears No. 11, wore Bryant’s other number Sunday night, No. 8, before Atlanta’s game against the Wizards. He changed back to his own number for the game.

In another tribute to the No. 24, soccer star Neymar held up two fingers on one hand and four on the other during a celebration after a goal.

Philadelphia 76ers center Joe Embiid said that he started playing basketball after watching Bryant in the 2010 NBA Finals. (With AP)