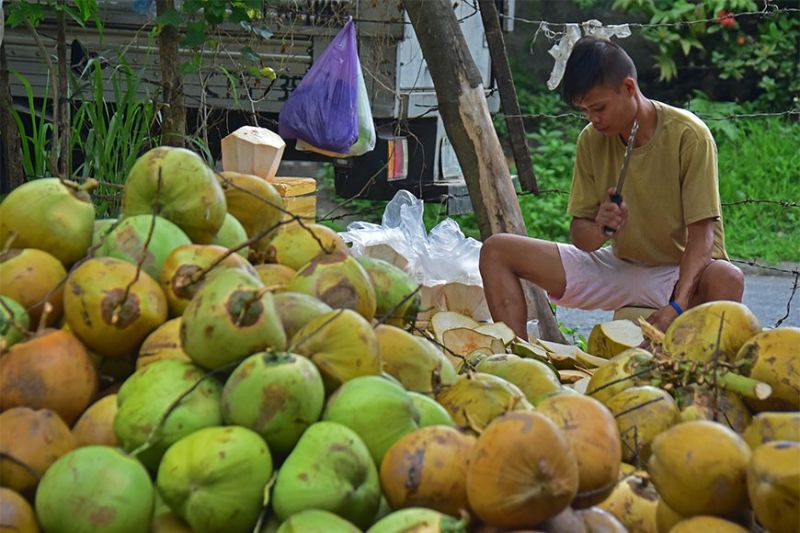 THE Philippine Chamber of Commerce and Industry, Inc. (PCCII) urged small-scale farmers to form into cooperatives to increase their production as the chamber observed agriculture has been “lagging behind”.

He said it has been replaced by the service and the manufacturing sector.

He cited a report from the International Monetary Fund (IMF) declaring the Philippines as a newly industrialized country.

“This is because we are no longer so dependent on agriculture to drive our local economy,” he said.

Milan considered the backyard set up of most of the agricultural ventures has affected this situation.

“We should go into plantation bays na para in terms of output, dinagko gani,” he said.

“Like for example, we have been promoting the cacao industry. We are famous for cacao pero kung naa nay mu-order diri og usa ka container, di ta ka serve. (...but if there is a demand of one container, we cannot supply) It has to be on a large scale. [We should scale up our] capacity to produce this,” he added.

If not plantation bays, he suggested the produce of small-scale or backyard farmers to be consolidated which can be advantageous for their business.

“The government should encourage [the farmers] to form [a] cooperative. We can still promote backyard but we can consolidate them,” Milan said.

“Kung dako man gud ka (If you are a big player), you can negotiate for a better price. Makabarato ka sa imong inputs (You can also reduce your input cost), he added.

He said it is one of the ways the agriculture sector helps the economy.

The PCCII targeted to grow the Gross Regional Domestic Product (GRDP) in Mindanao by at least 6.5 or 7 percent for 2020 for the national GDP average to be pulled up.

“Mindanao is rising. We have grown by 0.1 percent from 7.1 to 7.2 [percent] but still, there is a lot to be done. [We should really] develop other areas in Mindanao so it can contribute to our aspiration to grow by 7 percent by 2020,” he said.

IMF projected a change in the Philippines’ Real GDP by 6.2 percent.