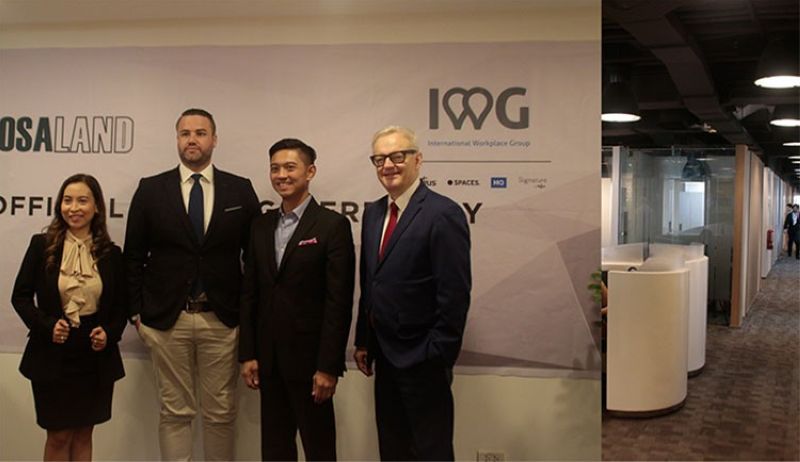 EIGHT office leasing business centers are eyed to be established around Mindanao in the next five years.

The deal was signed on Friday, January 24, after DLI topped off its Damosa Diamond Tower, an office space leasing business and the developer’s second franchise of the IWG. The first one was the Topaz Tower operated by the Regus brand.

DLI first vice president Ricardo Lagdameo said they are still scouting for possible locations and they are also considering other developers and company partnerships.

“When we say eight centers it does not mean we will just put all of them in our offices. It could also mean that we will be putting it in other office locations whether it is by another developer so we are still continuing to look around for what those opportunities are,” he said.

“Valley High [in General Santos] could be a possible franchise. What I can say is [it] will definitely be something that we will consider since it is a project that is under the company already,” he added.

IWG Asia Pacific (Apac) head of partnership growth Matthew James Kenley said the centers will be operated by the workspace brands under the IWG such as the Regus, HQ, Signature, and Spaces.

“The reason for that is they are geared towards different markets so spaces can have a different kind of customers to Regus, HQ, Signature,” he said.

IWG country manager for the Philippines, Thailand, Vietnam, Cambodia, South Korea Lars Wittig said the centers aim to connect businesses and facilitate engagements with other businesses housed in their local and international centers.

“We have 3,500 locations worldwide and the entrepreneurs can have access to them,” he said.

In the Philippines, IWG has 28 centers.

The companies are optimistic that they can develop the eight centers in five years considering the progressive economic growth in Mindanao.