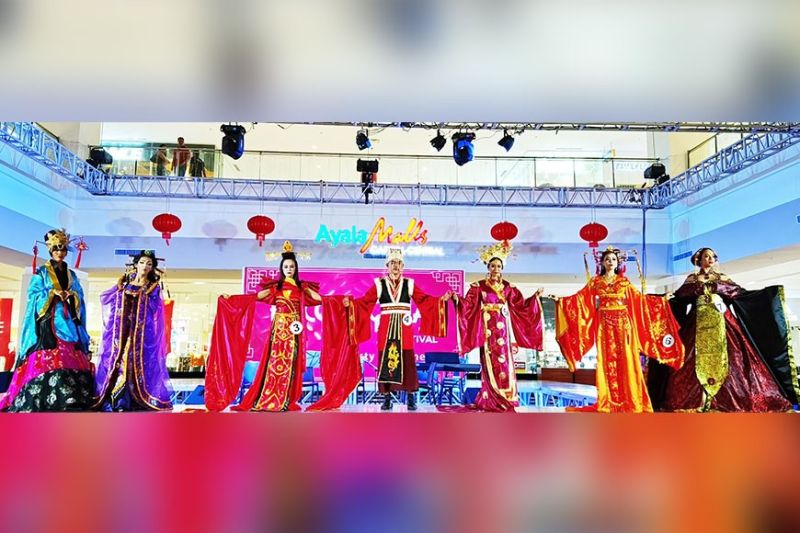 BACOLOD. The seven contestants for the Chinese dynasty costume competition held at the Ayala Malls Capitol Central on January 26 in line with the staging of the 15th Bacolaodiat festival in the City of Bacolod. (Photo by Carla Cañet) 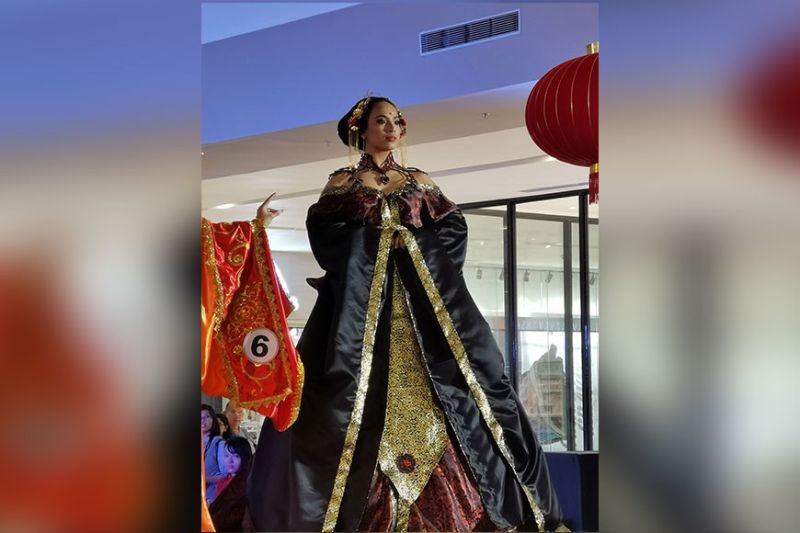 BACOLOD. Contestant no. 7 was chosen as among the three finalists. (Photo by Carla Cañet) 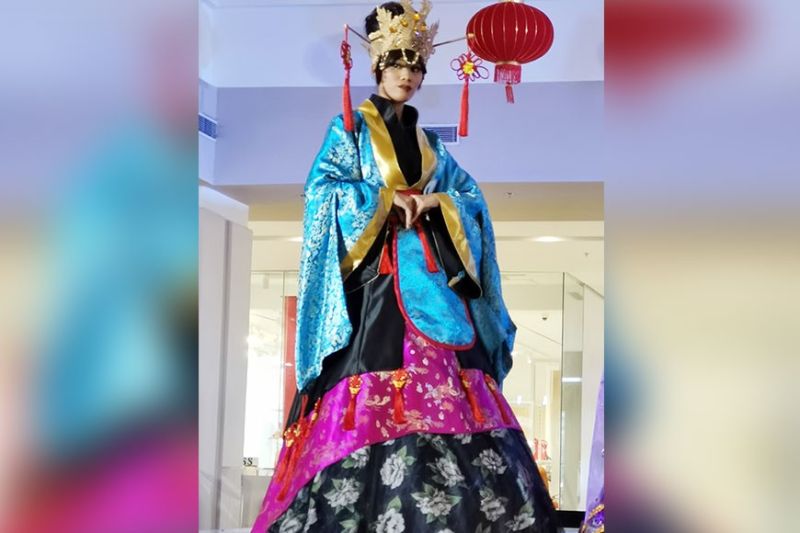 BACOLOD. Contestant no. 1 was chosen as among the three finalists. (Photo by Carla Cañet) 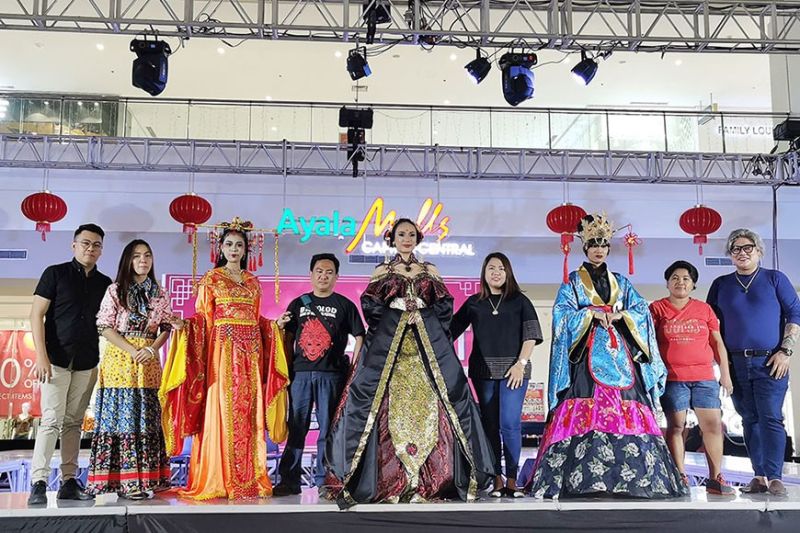 BACOLOD. The three finalists and their designers with the members of the board of judges. (Photo by Carla Cañet) 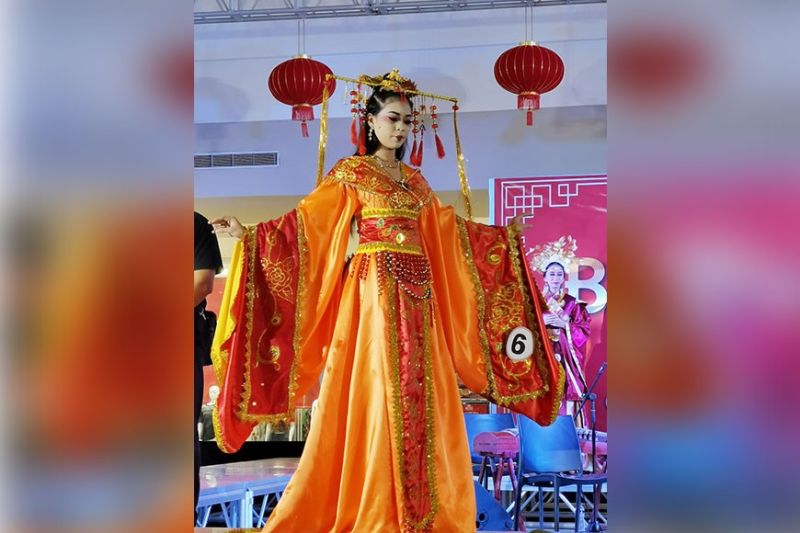 BACOLOD. Contestant no. 6 was chosen as among the three finalists. (Photo by Carla Cañet) 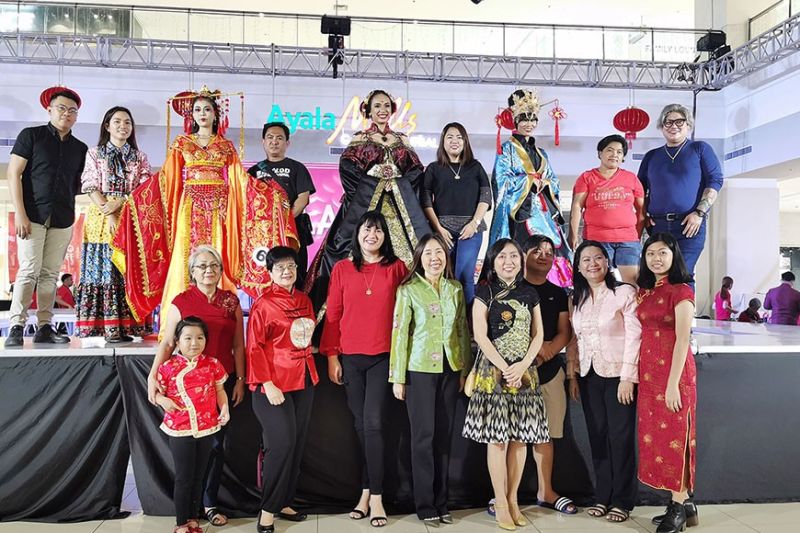 BACOLOD. The contestants in the Chinese Dynasty costumes competition with their designers and the 15th Bacolaodiat, Inc. officials led by Odette Ong-Gomez, chairperson, (5th from left). (Photo by Carla Cañet) 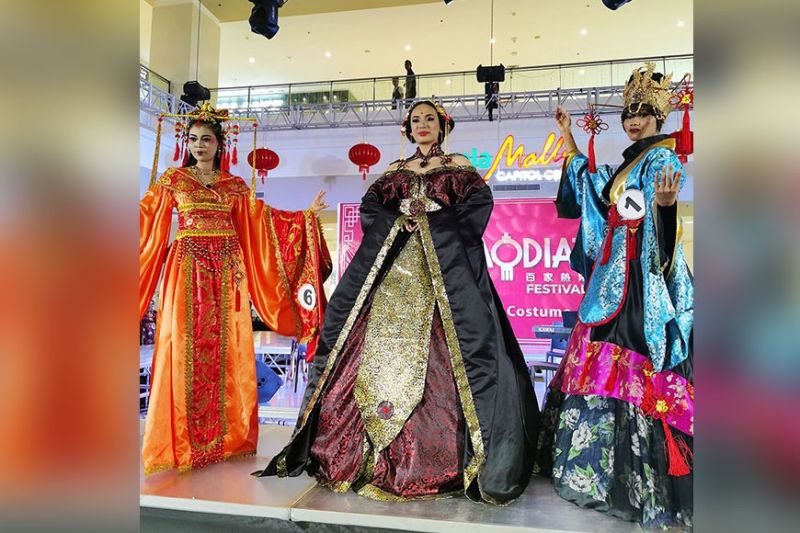 THE 15th Bacoloadiat Festival, Inc. showcased the Chinese dynasty costumes created by the local designers and artists as inspired by the costumes of emperors and empresses from olden China.

Odette Ong-Gomez, 15th The Bacolaodiat Festival chairperson, said this event is one way to showcase the Chinese dynasty costumes also to promote the handiworks of local designers and artists.

There were seven entries who competed and three made it to the finals to compete as the grand winner.

The three finalists were contestant no. 6 by Alvin Infante, no. 7 by Kathleen Anne Dres and no. 1 by Brylie Hiponia.

All the designs were inspired by the old dynasties of China.

On the other hand, Mrs. Gomez has invited everyone to come and join the 15th Bacolaodiat festival which will kick off on January 31 and will end on February 2, 2020.

The opening ceremony will be held at the Bacolod Government Center grounds with the conduct of the motorcade and parade up to the Bacolod North Capitol Road.

“We wanted to reach out to the youth and we also have a Chinese cosplay competition, a mobile legend tournament of February 2, we have guests from Manila including those from the Department of Tourism and from private entities,” she said.

She added, “This year, we have another international guest performer from Korea. We will have 23 percussionists from Korea who will use different kinds of drums. It will be on January 31 at Lacson Street and at SM and Ayala malls on February 2. We also have the music festival with a Chinese singing contest, and deejays from Manila.”

Furthermore, this year 2020 is the year of the metal rat. A rat is known to be a miser who knows how to save.

“Every year, we wish everyone good opportunities like when you say ‘Kiong Hee Huat Tsai’ it means wishing you prosperity. Hopefully, this will be a prosperous year,” she said.

We observe our Chinese traditions during New Year by wearing red clothing to signify prosperity and good luck; we eat Chinese misua to signify long life and tikoy which is sticky and will imply close family ties and we give out gold chocolate coins which are sweet and will make the family live sweeter together,” she added.

The essence of the Bacolaodiat Festival is not just for the Chinese community but to encourage Filipinos to learn about Chinese culture and tradition.

This is a Filipino Chinese festival. There is no harm in trying to emulate Chinese traditions and culture.

This is the city’s main initiative and we are helping the city promote the festival to the world.