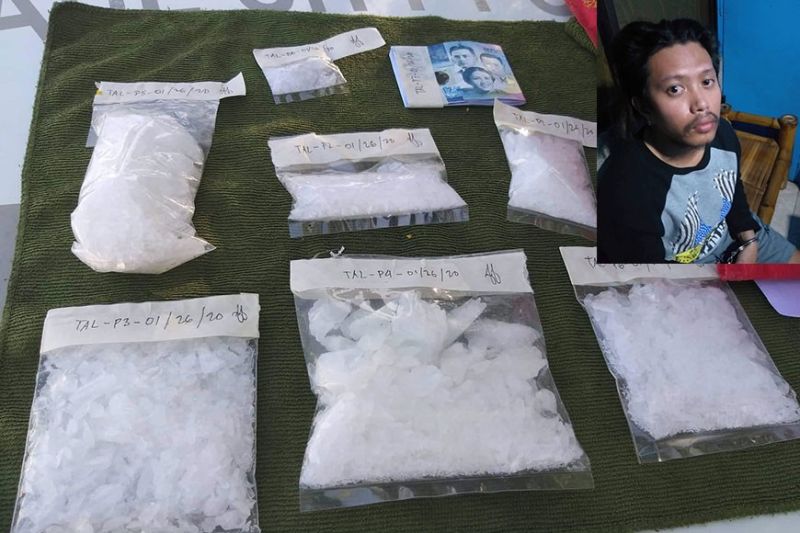 THE nephew of slain suspected drug lord Crisostomo “Tata Negro” Llaguno was arrested in a buy-bust by the Mandaue City Police where P2.38 million worth of shabu was also confiscated Sunday afternoon, Jan. 26, 2020.

Arrested was Thomrie Jay Llaguno, 30, who lived in Barangay Sambag Dos, Cebu City, and who police said is the nephew of “Tata Negro” Llaguno.

Llaguno was arrested at about 2:30 p.m. Sunday in Mantawi Drive, Barangay Subangdaku, Mandaue City, in a joint operation of the Philippine Drug Enforcement Agency and the Subangdaku Police Station.

Seized from him were 350.8 grams of crystalline substance believed to be shabu with a street value of P2.38 million based on the Dangerous Drugs Board formula for estimating the value of confiscated drugs.

What they know, Fegarido said, is that Llaguno can dispose of two kilos of shabu a month and he sells in both Mandaue and Cebu cities.

“He commonly has transactions in Cebu City and Mandaue City,” said Fegarido in Cebuano.

Llaguno is under the custody of the Subangdaku Police Station and will face charges for violating Section 5 of Republic Act 9165 which penalizes the “sale, trading, administration, dispensation, delivery, distribution and transportation of all kinds of dangerous drugs.”

Penalty includes life imprisonment and a fine of at most P10 million.

Police were not able to give details on Llaguno’s relation to “Tata Negro” except to say that he was a nephew.

“Tata Negro” was known to police as a big-time drug pusher. He ran for Cebu City councilor as an independent candidate in 2010 but was shot dead during a campaign sortie in Barangay Lorega San Miguel, Cebu City, in May of that year.

The assailant was a certain Jimmy Diala from Barangay Casalaan, Siaton, Negros Oriental. Diala said he was an asset of the Philippine Army in Siaton.

Since the death of “Tata Negro,” members of his family such as his brother and a niece have been targeted by unidentified armed groups.

Meanwhile, Police Col. Jonathan Abella, Mandaue City Police Office, said information that is the basis for their buy-busts come from drug-related arrests they are able to conduct during checkpoints.

“We don’t instantly conduct buy-bust operations. We need linkages which we could get through the checkpoints. That’s why we strive to get information during checkpoints,” Abella said.