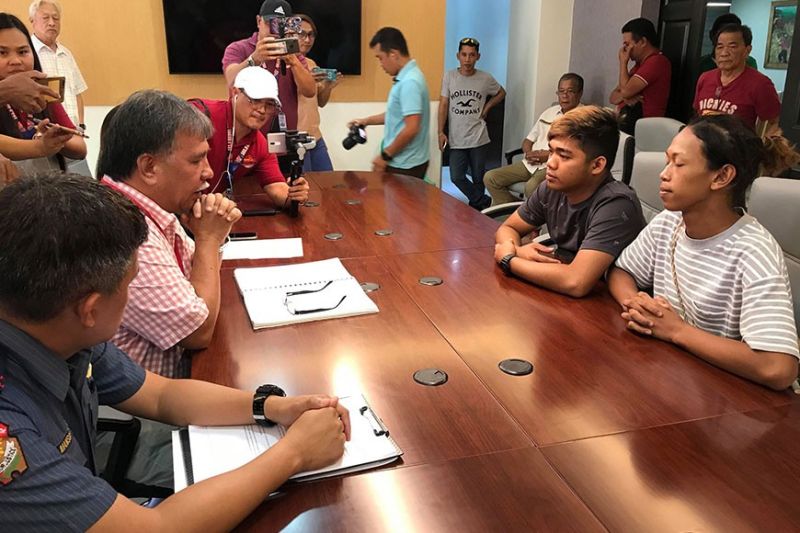 THE two Silay City residents who went viral for their lewd dancing during the Dinagsa Festival in Cadiz City last Saturday, January 25, met with Mayor Salvador Escalante Monday, January 27, and issued a public apology while agreeing to pay a P3,000 fine imposed by a city ordinance.

The two earlier in the day also met with Silay City Mayor Mark Golez before proceeding to Cadiz.

They were identified through their Facebook accounts as Boomba Wilma and Laura Beatrice Bautista.

The dancing of the two, who showed their private parts, earned the ire of the public and netizens after it became viral over the weekend.

During their meeting with Escalante, the mayor informed that indecent dancing violated a Cadiz City ordinance that punishes indecency in public.

Under the ordinance, violators will either pay P3,000 or face imprisonment for 10 days.

The two agreed to pay the fine.

They also agreed not to do it again when they go the Dinagsa Festival next year.

In a statement, Escalante said “Cadiz City observes tolerance and diversity such, however, should not go beyond the bounds of good taste, decency and accepted norms of public conduct.”

‘We would like to remind the public that display of obscene messages on placards, lewd acts and the likes are certainly unacceptable and have corresponding punitive measures,” he pointed out.

He also said “those involved in indecent acts have already been identified and have signified their intentions to issue a public apology for what they did.”

Escalante also said he will ask the Cadiz City Council “to revisit our ordinance covering such indecent acts and maybe further study what can be done to safeguard the interest of Dinagsa Festival as both a cultural and religious event.”

Meanwhile, he expressed his thanks to over five hundred thousand revelers who turned up at this year’s Dinagsa Festival highlights over the weekend.

“Dinagsa 2020, no doubt, like its previous outings, was a huge success. We cannot overemphasize our elation that our cultural and religious festival has grown into a major tourism event over the decades,” Escalante said.