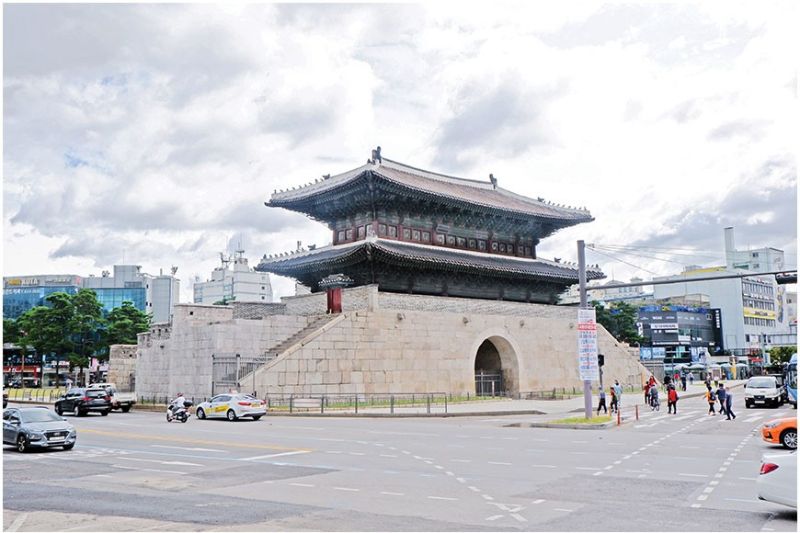 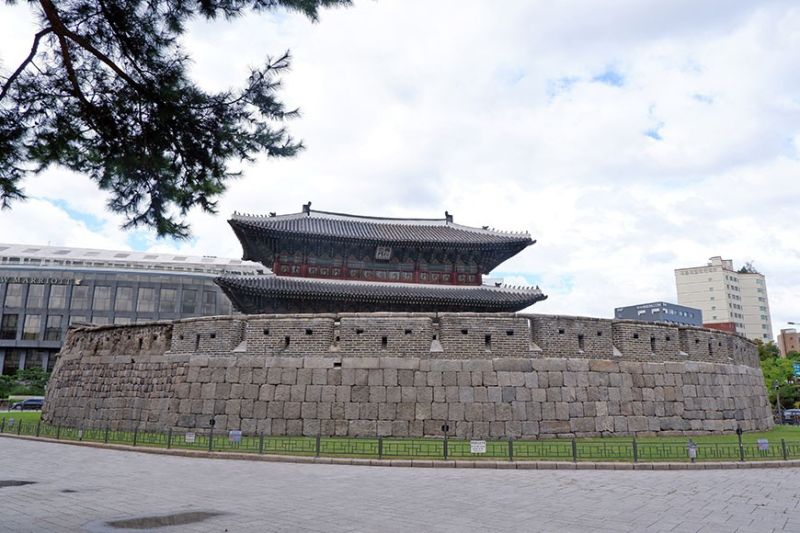 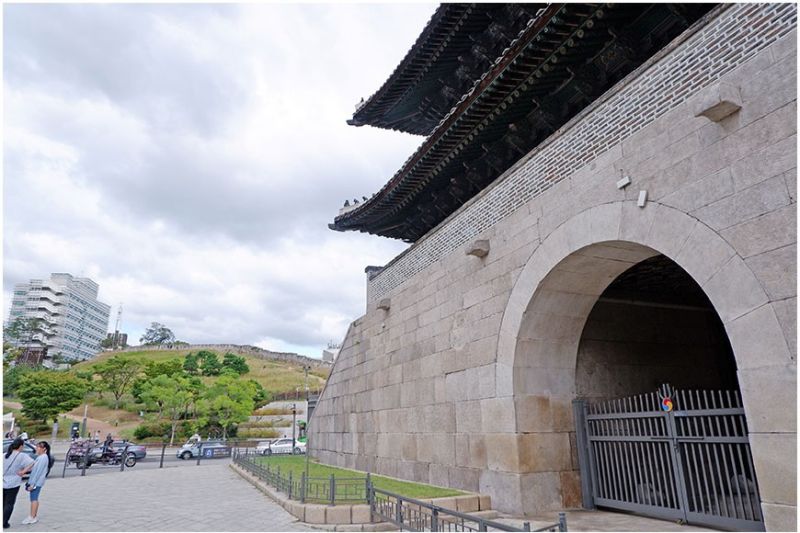 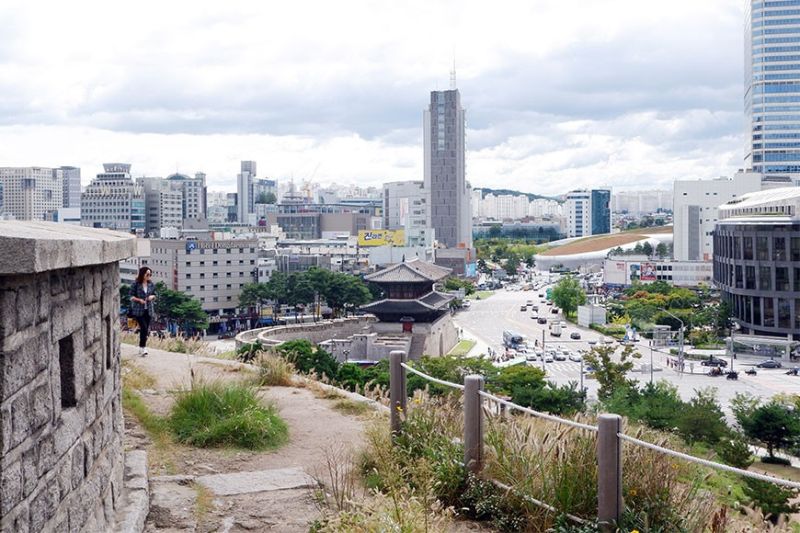 Heunginjimun and the Dongdaemun district seen from the Seonggwak Park

IN SEOUL, the aluminum mushroom-like structure of Dongdaemun Design Plaza looms over an old stone gate. It may be smaller, perhaps less attractive beside the district’s modern architectural wonder, but it is in no way less noteworthy. It’s older, historic, and very important—the Heunginjimun.

The Joseon Dynasty, the last dynasty of Korea and its longest-ruling Confucian dynasty, brought about the Fortress Wall to protect the domain from invaders. To access the city, eight gates built between 1396 and 1398, and designated by its direction: “Four Great Gates” known as the East, West, South and North gates, and the “Four Small Gates” referred to as the Northwest, Northeast, Southeast, and Southwest gates. Only six gates still stand today. The West and Southwest gates no longer exist.

The Heunginjimun Gate is one of two largest gates, the other is the South gate. The name literally means “Gate of Rising Benevolence” but it is commonly referred to as Dongdaemun. It was built in 1398 by King Taejo, the founder and first king of the Joseon Dynasty, on his fifth year of reign.

What makes this gate unique from the other gates? The Ongseong, an outer wall built to protect the gate, a defensive measure against multiple invaders.

In 1453, the East gate was renovated and the current structure we see today was rebuilt in 1869. In December 1962, the Korean government designated the Heunginjimun as Treasure No. 1.

Long before the Dongdaemun Design Plaza, considered as the centerpiece of South Korea’s fashion hub, rose in the district’s landscape, the Heunginjimun was main attraction. Today, both are part of the newest attraction, the Dongdaemun History & Culture Park, an exciting development that blends the old and the new, the traditional and the modern in a single destination.

Dongdaemun is also the largest shopping center in Seoul popular both locals and tourists. SO when you’re in Seoul, consider Heunginjimun as your gateway to a great shopping experience and food exploration. You’ll find more treasures other than South Korea’s national Treasure Number 1. It may not be on their list but what’s stopping you from creating your own?