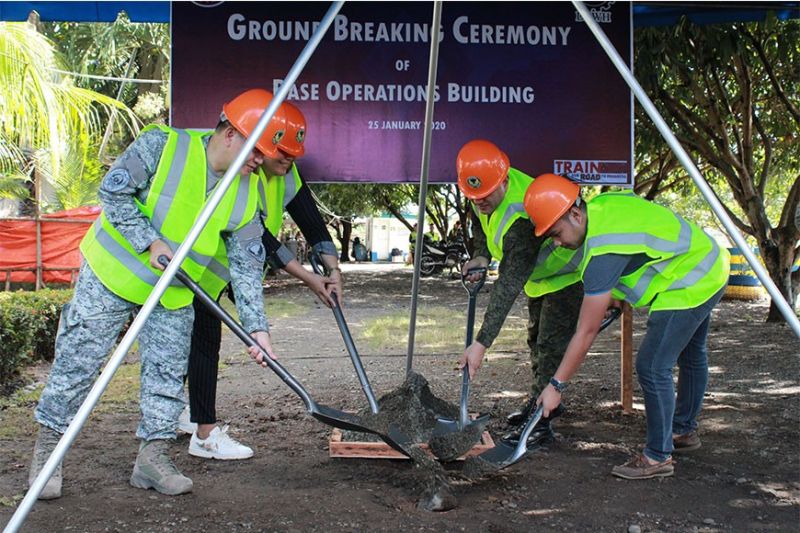 THE operational capability of the Philippine Air Force–Tactical Operations Wing Eastern Mindanao (PAF-Toweastmin) will be given a boost with the construction of the P16-million Base Operations Building which broke ground on January 25.

“The construction of this facility will greatly enhance the capability of this unit to provide convenient, efficient, and effective base aerodrome services for military flight operations,” the statement read.

The project has a total budget of P16,714,000 developed under the “DND-DPWH (Department of National Defense-Department of Public Works and Highways) Tikas Convergence Program”. The facility was endorsed to the DND and was approved by DPWH. It is expected to be completed within the year.

“The creation of the base operation facility is in line with the modernization plan and the fulfillment of the command’s initiatives under the PAF Flight Plan 2028 that fast-tracks the implementation of the PAF future structure,” the agency added in a statement.

When the Toweastmin was activated on December 8, 2017, the Assistant Chief of Air Staff for Plans and Programs had initially proposed a Master Development Plan (MDP) for the Toweastmin base facilities in coordination with the Air Force Chief Engineer (AFCE) and one of the requirements is the Base Operations Facility.

“The base facility’s future creation will support the capability of the PAF in providing air support while sustaining air mobility capability or the deployment and redeployment of personnel, materiel or forces to, from or within an operation by air,” it added.

Toweastmin added that the said facility is also necessary since the Wing has recently acquired the Security Screening Equipment (SSE) worth P63 million donated by the DOTr-OTS which requires a covered and air-conditioned facility to maintain its maximum performance and prolong its durability.

The SSE is seen to be vital in the modernization program of the PAF as it will enhance and expedite the processing of military and civilian passengers.