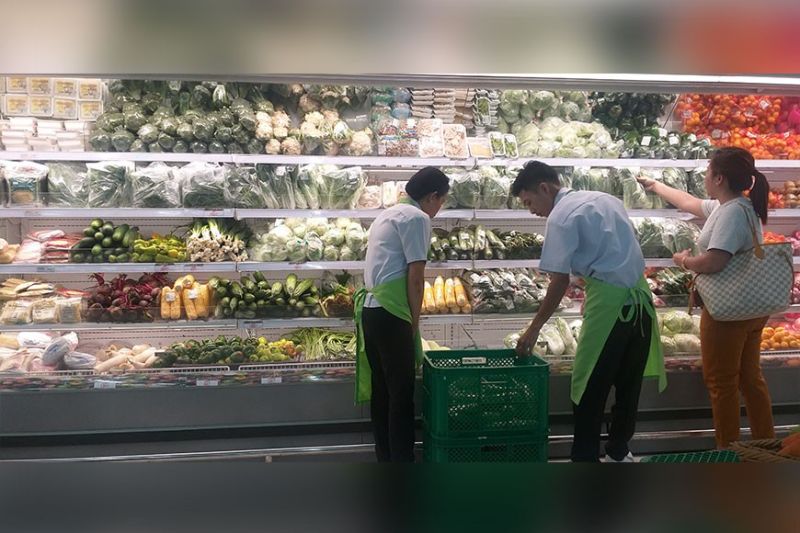 BACOLOD. The local labor sector is not amenable to the “good level” purchasing power of the peso in Negros Occidental report of the Philippine Statistics Authority. (Photo by Erwin P. Nicavera)

FOR the labor sector in Negros Occidental, the “good level” purchasing power of the peso in the province as reported by the Philippine Statistics Authority (PSA) is unrealistic.

Wennie Sancho, secretary general of the General Alliance of Workers Association (Gawa), said the figure is not reflective of the province’s real economic condition.

PSA-Negros Occidental earlier said the average purchasing power of the peso in the province last year was P0.80.

With 2012 as the base year, this means that Negrenses’ P100 seven years ago, can still buy goods worth P80 today.

Sancho, also the labor representative to the Regional Tripartite Wages and Productivity Board (RTWPB) in Western Visayas, said such purchasing power is not applicable to the workers’ actual situation.

“The P100 cannot be felt today. It is only good, sometimes not enough, for transport fare and snack,” he said, adding that the current purchasing power of the workers is insufficient for their daily economic survival and cost of living.

Data obtained by SunStar Bacolod from PSA-Negros Occidental showed that from P0.80 in November 2019, the province’s purchasing power of the peso slightly dropped to P0.79 in December.

From P0.81 in January to April 2019, the purchasing power of the peso in the province declined to P0.80 in May to August, and furthered slowed down to P0.79 in September and October.

Negrenses’ peso still has value, Provincial Statistical Officer Luis Gonzales said, adding that “we still have the capacity to buy and pay for goods and services.”

For the labor sector, however, some of the expenses being spent by the workers do not necessarily reflect the computation of the government.

Citing the poverty threshold, for instance, Sancho said that of the government is very low.

The government’s latest computation of P60 to P70 daily income for a worker to live he said is not applicable in the present economic condition even despite the recent rollback in the prices of petroleum products.

“These decreases in the pump prices of fuel are actually resulted from buffer stocks of oil companies,” Sancho said, pointing out that “they have yet to fully discharge it so they can apply the excise tax.”

Once excise taxes are applied, these players will recover the price by implementing oil price hikes more than their previous decreases. They implemented a centavo decrease, yet the price hike will be almost a peso or more, he added.

Moreover, the labor leader attributed the “low and insufficient” purchasing power of peso in the province mainly to the spiking prices of basic goods and services like food, transportation, electricity and medicine, among others.

As measure to address this, Sancho said labor groups will continue to call for wage increases.

“Excessive taxation is another burden that contributes to our financial and economic crisis,” he also said.