Repatriation of Filipinos in Hubei begins 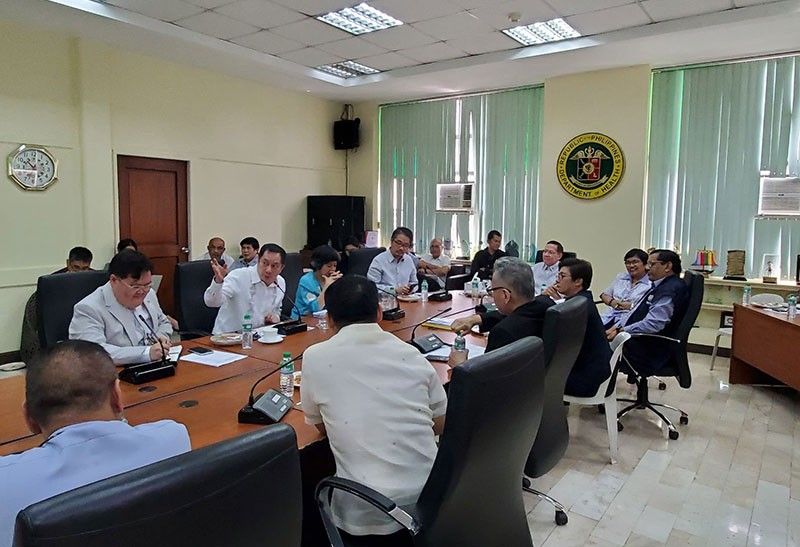 In a Twitter post Tuesday night, January 28, Foreign Affairs Undersecretary Brigido Dulay said two private charter airlines were on standby to fly to Hubei to bring the Filipinos home once they are cleared by Chinese authorities.

Between 30 and 50 Filipinos in Hubei have expressed their desire to be repatriated as the 2019 novel coronavirus (2019-nCoV) continued to spread. As of Tuesday, this highly contagious coronavirus strain has killed 106 people and infected thousands of others.

Wuhan City, the epicenter of the 2019-nCoV outbreak, is in Hubei in central China.

Returning Filipinos from China will be placed under quarantine for 14 days, the estimated incubation period of the pneumonia-causing disease.

Locsin, in a separate tweet, asked Dulay whether the quarantine facilities were ready. Dulay said the quarantine plan is based on the Department of Health (DOH) protocol.

Yes sir @teddyboylocsin, as per DOH. The quarantine plan is per DOH protocol on #2019nCoV. https://t.co/KKi4IlzHu0

The repatriation of Filipinos in Hubei was among the recommendations approved by the Inter-agency Task Force on the 2019-nCoV during its meeting Tuesday morning.

The task force also resolved to ensure continuous support to Filipinos in China by providing accurate and timely health information.

Thirdly, the task force proposed the suspension of the issuance of Philippine visas to travelers from Hubei.

(1) On the nCoV outbreak in Wuhan City, Hubei Province: The Chinese central govt assured Filipinos and other foreign nationals that it has mobilized efforts nationwide to fight the #2019nCoV in order to protect their life, safety and health. China’s National Health Commission

(2) will hold live daily briefings to provide timely information to the international community. The Hubei provincial government is ready to provide supplies and assistance to Filipinos and other foreign nationals in Hubei through two 24-hour emergency hotlines. DFA is now

(3) disseminating these hotline numbers to Filipinos in Hubei. The Chinese Ministry of Foreign Affairs has also offered immigration assistance to Filipinos and other foreign nationals with expired/expiring visas through their respective embassies and consulates. @teddyboylocsin

The Bureau of Immigration subsequently ordered the suspension of "visa upon arrival" or VUA issuance to Chinese nationals.