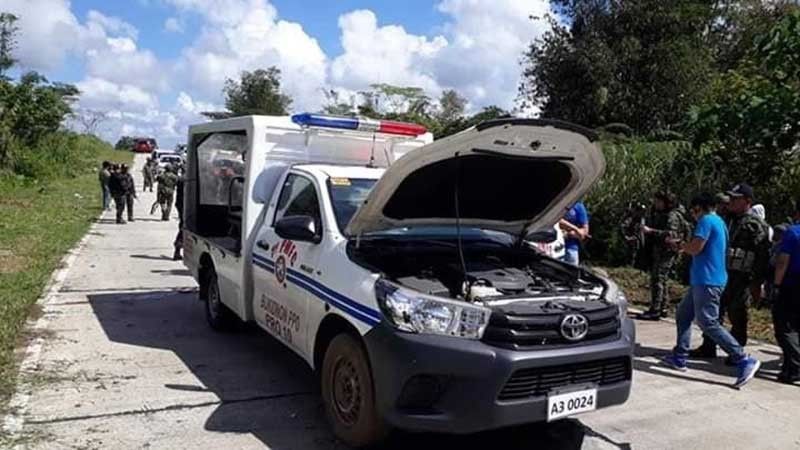 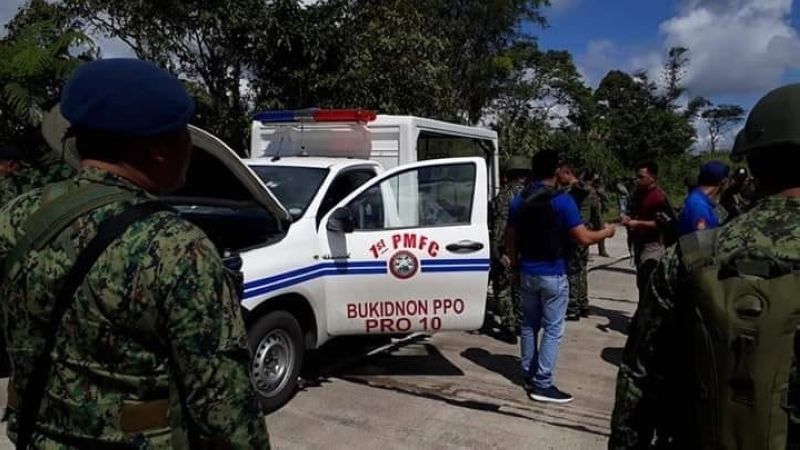 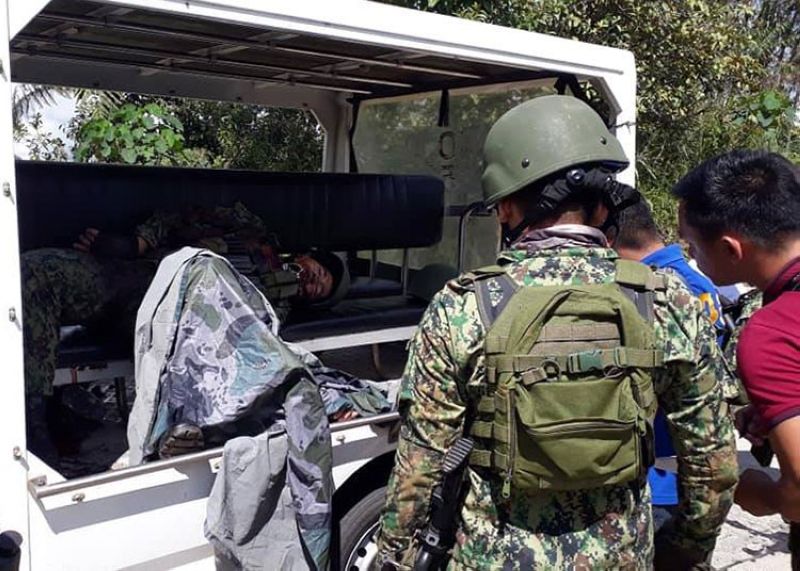 BUKIDNON. The cops who were wounded in Wednesday's (January 29, 2020) ambush in Talakag, Bukidnon were rushed to a Cagayan de Oro hospital. Killed was Corporal Roel Sumaylo. (Contributed Photo)

(UPDATED) One policeman was killed, while three others were wounded when armed men ambushed a convoy carrying a high-ranking police official in Bukidnon early Wednesday morning, January 29.

Brigadier General Joselito Salido, deputy director of Eastern Mindanao’s Directors for Integrated Police Operations, is safe, according to a report from the Police Regional Office in Northern Mindanao.

The report said the armed men fired at Salido's convoy as the vehicles traversed Barangay Tikalaan and Dominorog, Talakag Bukidnon around 6:40 a.m. Wednesday.

The police officer who was killed was identified as Police Corporal Roel Sumaylo. Those wounded are Police Captain Ramil Gighe, Senior Master Sergeant Giovanni Malinab and Corporal Jerwin Genilla. They were brought to a private hospital in Cagayan de Oro.

Authorities also closed the road where the incident happened and police have coordinated with the military in pursuing the perpetrators.

The attackers were believed to be either communist fighters or members of a criminal group.

Banac said the PNP has no prior information that Salido had received threats to his life.

The wounded cops were brought to a hospital for treatment.

“I would like to emphasize that the incident took place in Bukidnon it’s within the jurisdiction of PRO 10 and ngayon after the incident, direct na lahat ng stations na malapit in the area na maging alert,” Gultiano said.

The military unit in the area has been tapped to check on the incident.

Captain Roberto Escalona Jr, acting spokesperson of the 10th Infantry Division (ID), on the other hand, said Bukidnon is not part of their area of responsibility but he assured that the troops assigned in the boundaries are ready if the armed men will withdraw in their respective jurisdiction. (With Alwen Saliring of SunStar Cagayan de Oro and Juliet C. Revita of Sunstar Davao/SunStar Philippines)
< Previous PageNext Page >