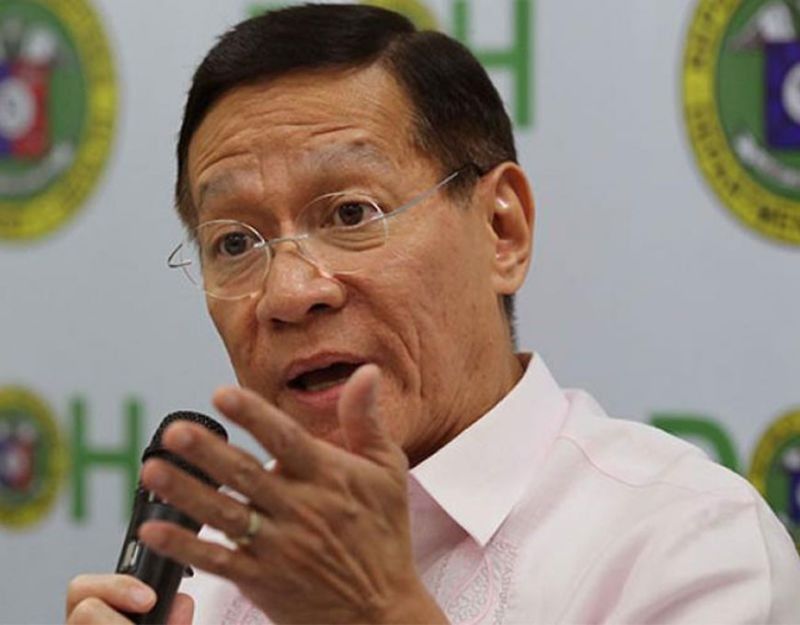 HEALTH Secretary Francisco Duque III confirmed on Wednesday, January 29, that a patient under investigation (PUI) for the 2019 novel coronavirus (2019-nCoV) has died at the San Lazaro Hospital in Metro Manila.

But he said preliminary tests showed that the patient, a 29-year-old Chinese male, was positive for the human immunodeficiency virus.

"There's nothing in the preliminary test results that (indicate) this death was caused by the 2019-nCoV," Duque told the House of Representatives during a question hour Wednesday afternoon.

He stressed that there is no confirmed 2019-nCoV case in the Philippines as of Wednesday.

Duque said the patient who died was listed among the 27 PUIs as of Tuesday because he had satisfied the criteria for a PUI.

In a press conference in Quezon City, San Lazaro Hospital Director Edmundo Lopez announced that the patient died of pneumonia.

He said the patient had come from Yunan, China.

Duque, for his part, said the hospital conducted two tests and both yielded positive results for HIV.

He said they were still awaiting the results of the tests being conducted by the Research Institute for Tropical Medicine on throat and nasopharyngeal swabs taken from the patient.

Of the 27 PUIs reported on Tuesday, four have been discharged while one died, leaving 22 still in various hospitals across the country.

The 2019-nCoV, a new pneumonia-causing pathogen from the same family as the Mers-CoV and Sars-CoV, has killed 132 people and afflicted nearly 6,000 as of Wednesday. (With HDT/SunStar Philippines)