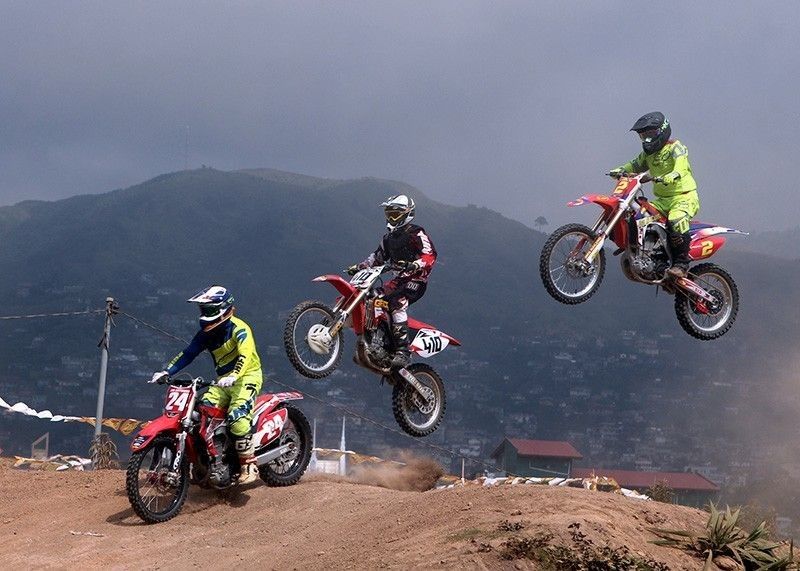 FRESH from flashing his deadly form in Bukidnon's Malaybalay Kaamulan Festival, the legendary Glenn Aguilar is set to stamp his class anew in the cash-rich 1st Mayor Gomer "Enan" A. Sabio Motocross & Flat Track Competition on February 1-2 (Saturday and Sunday) off the challenging race tracks in Natumolan, Tagoloan, Misamis Oriental.

The 44-year-old Aguilar, who never slowed despite being literally ganged up by younger rivals Bornok Mangosong and Mitch Rivera in Northern Mindanao clashes last year, leads a star-studded cast in the two-day event, capping the two-week long Candelaria Festival 2020 of Tagoloan town.

"It's probably the widest and largest race tracks in Mindanao," he added.

"I like Mr. Aguilar because he also played basketball as a teenager before falling in love with motocross. He's probably the Greatest of All Time in Philippine Motocross and he has no plans of slowing down. His impending performance in Tagoloan is a must-see for everyone who loves motocross. Di lang sa basketball daghan pang programa sa sports ang suportado sa mayor," said Tagoloan sports-in-charge Van Halen Parmis.

An Open Darts Tournament will also unfurl on the night of February 2 at the Tagoloan Grandstand dubbed as "SMB Night."